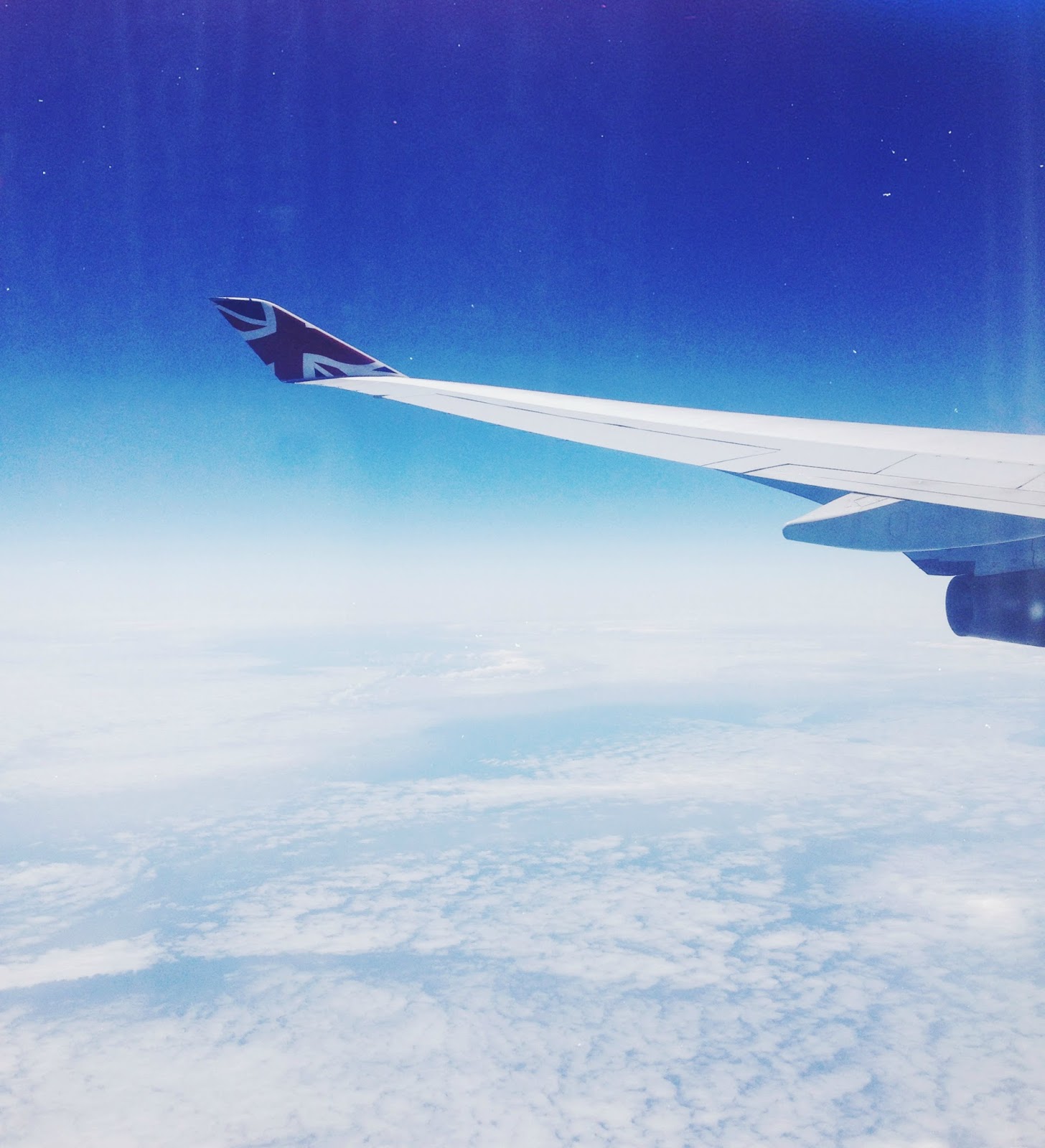 Hey everyone! I just got back from my two week holiday to Orlando, Florida and thought I would share with you what I got up to. Between my phone, my mum's camera and my dad's camera we took a large amount of photos as we got up to so much so I've decided to split the post in half. For today's post I'll share with you what I did in the 1st week which will soon be followed by what I did during the 2nd week.
Arriving 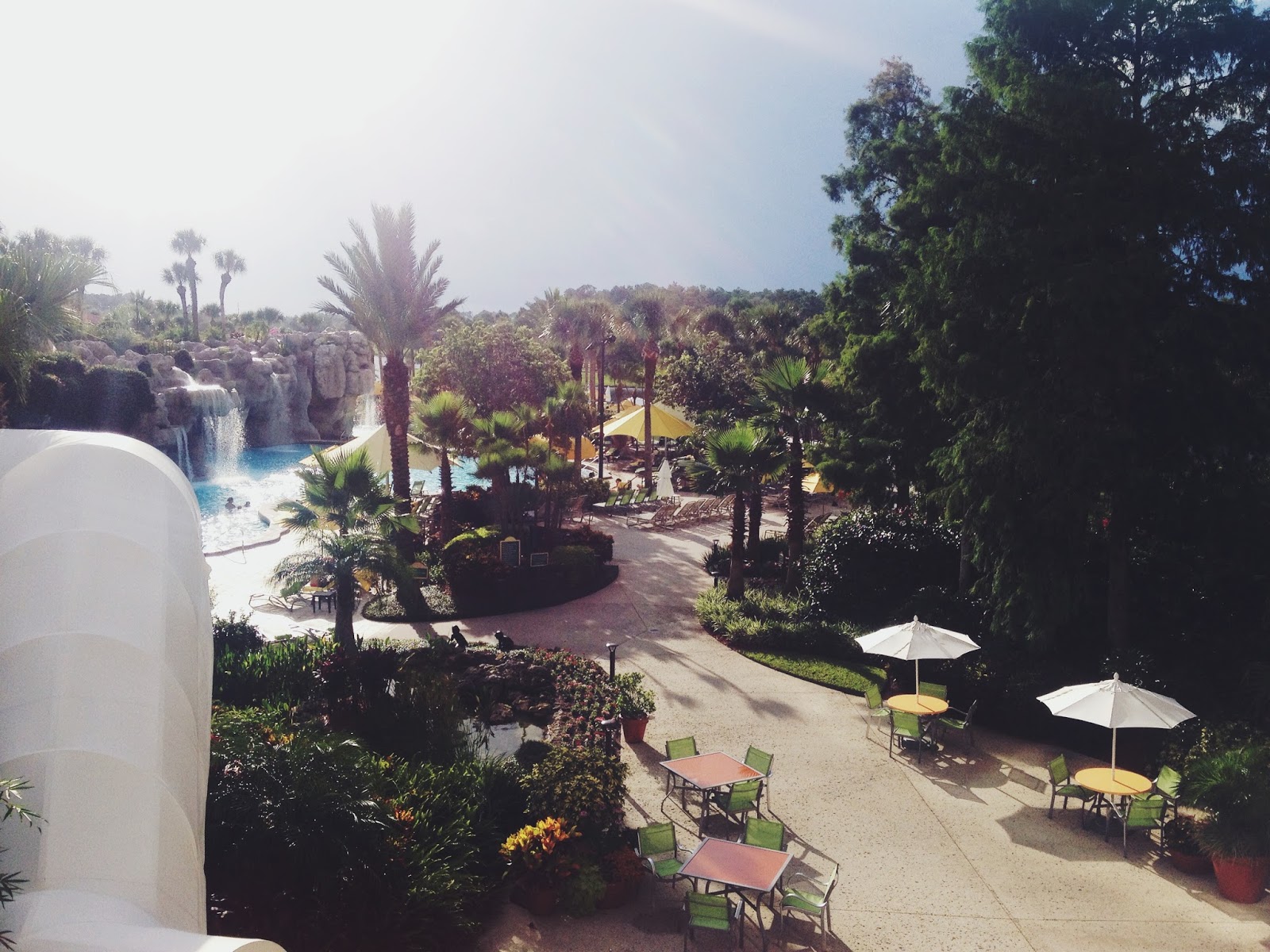 The hotel we stayed at is called the Hyatt Regency Grand Cypress in Lake Buena Vista and it's without a doubt the nicest hotel I've ever stayed at. The swimming pools were fantastic, (especially the one that had an indoor cave with waterfalls including a sheltered hot tub. This sheltered area was also where the gym/washing machine/games room were located.) everyone was very friendly and there were plenty of exciting activities to do around this 21 acre hotel e.g. pedaloing/canoeing on the lake, tennis, golf, cycling/walking/running on the trails around the beautiful hotel. Anyway, we arrived in the late afternoon and spent the rest of the day resisting the urge to sleep (thanks jet lag) by exploring the hotel. Dad and I went for a quick swim in the pool and then we ordered dinner sat around the pool at one of the hotel's cafes before we went to bed. 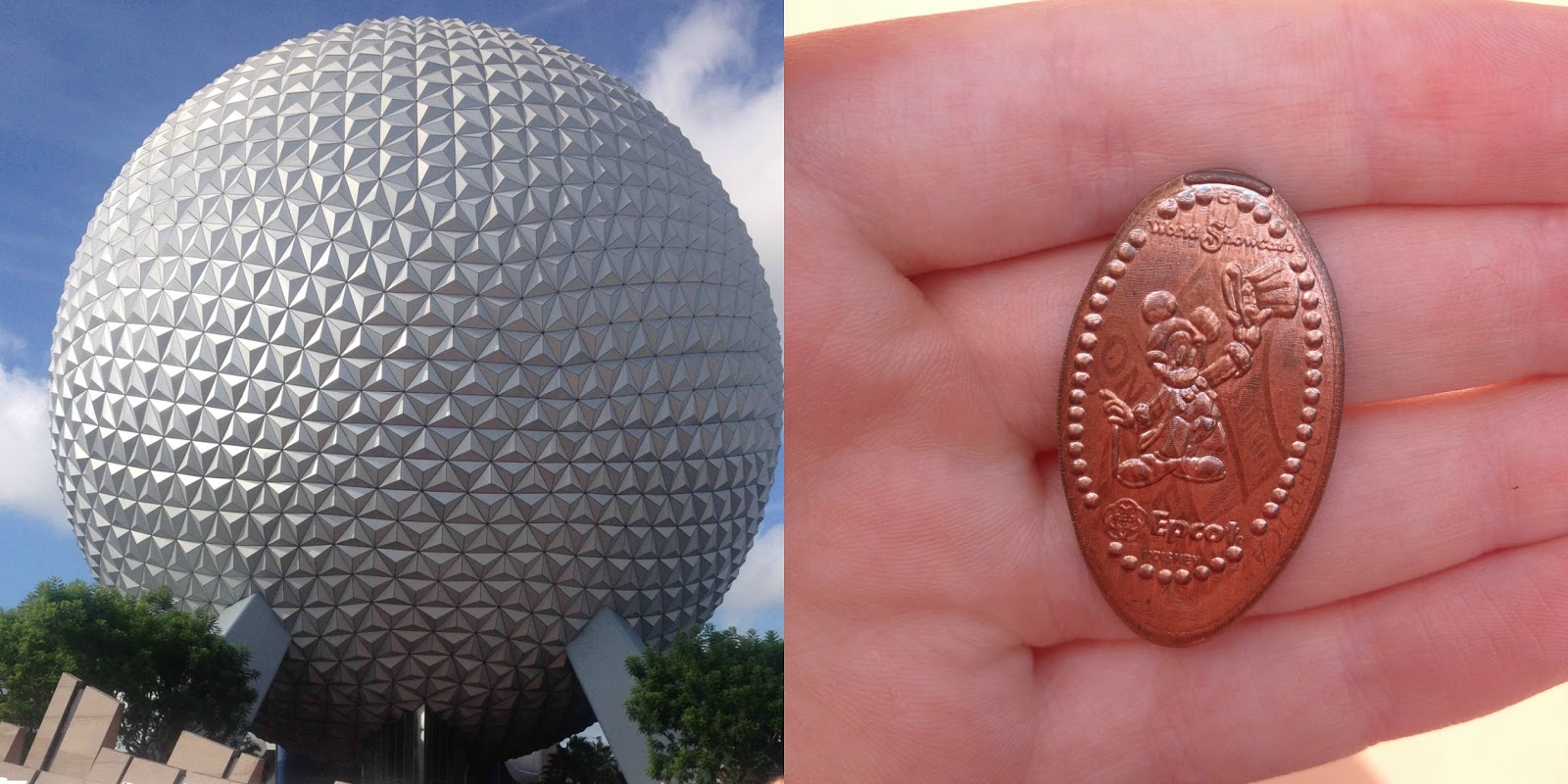 We went to Epcot which I have to say was one of my favourite parks of the whole trip. I really enjoyed Test Track where you got to design your own car and then basically test out its capability, responsiveness, efficiency and speed which was really exciting and surprising.
After going on a couple more rides, we decided to head over to see all of the different countries (above are just a few of them) which was really fun as it felt so real. Each country had places to eat that only sold the traditional food from that country and you could also wander around the shops. 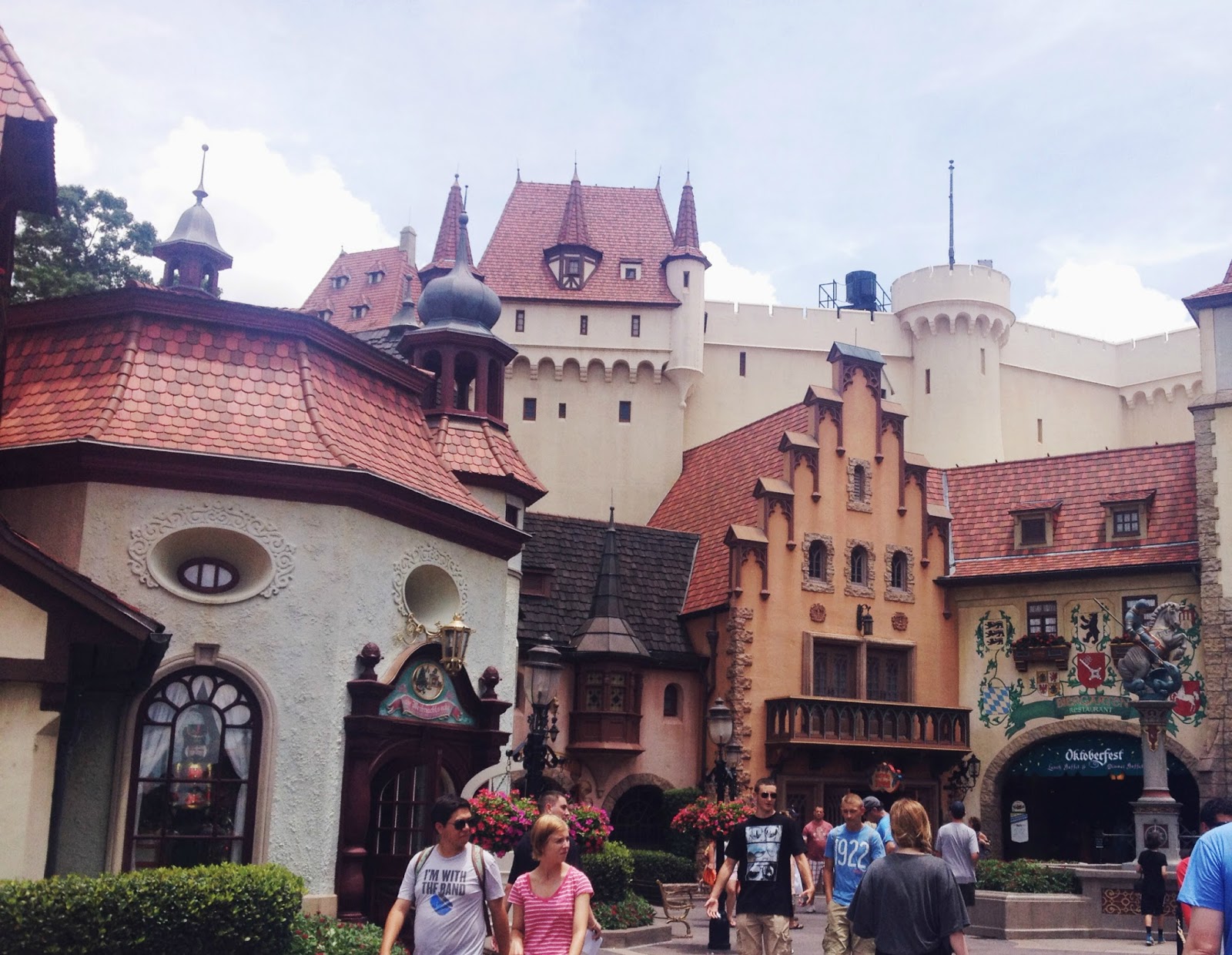 I particularly liked Germany because the architecture was beautiful and the shops were lovely (especially the Christmas shop!). We even had our lunch here. 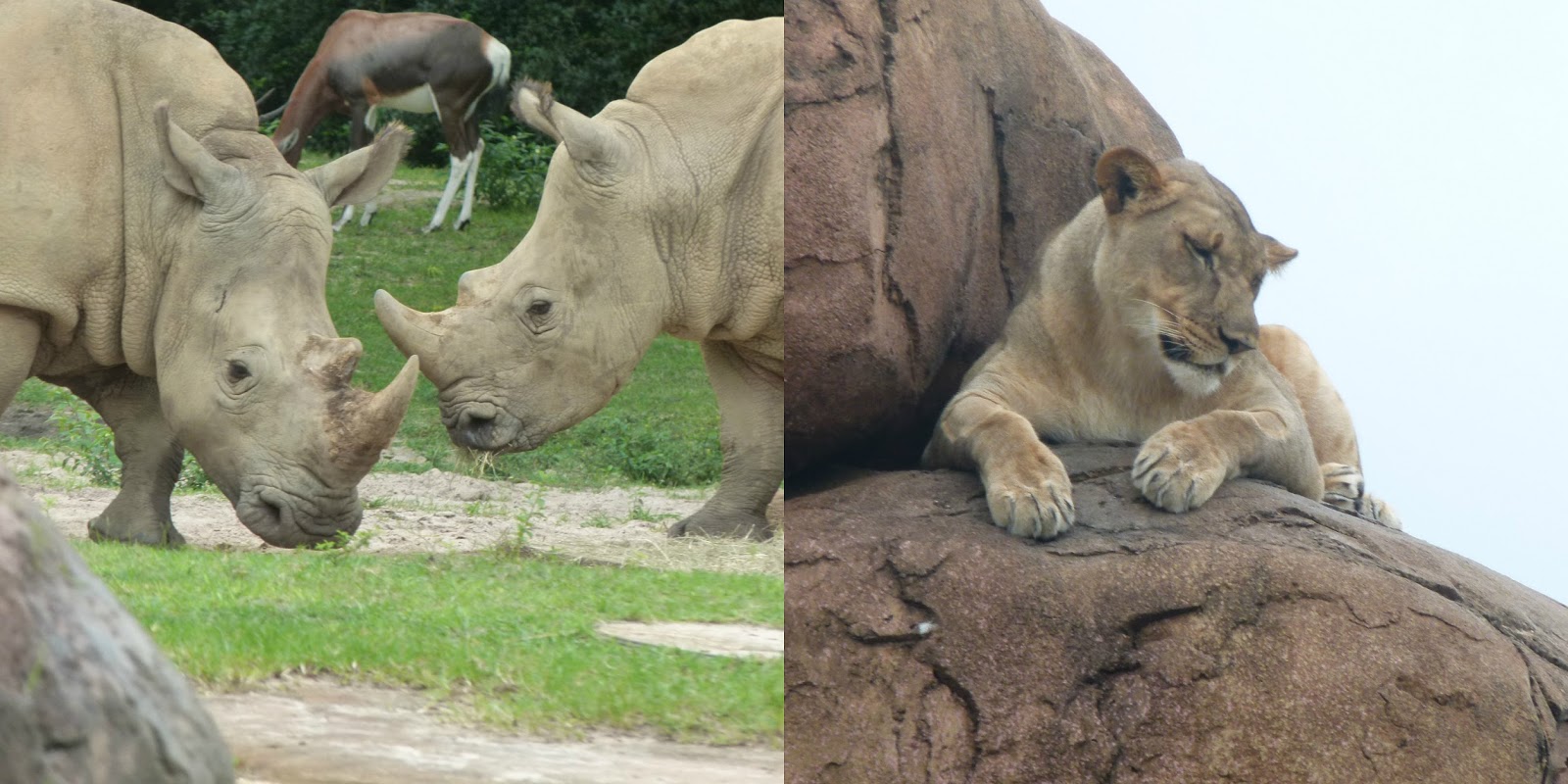 The highlight for me that day was the Jungle Safari where we got in a huge Jeep and were driven around the various sections where we saw different animals up close without any fences up anywhere. We saw elephants, crocodiles, giraffes, rhinos, lions, cheetahs and much more which was so enjoyable! There were many surprises on the adventure...all I'm saying is watch out for the collapsing bridge! 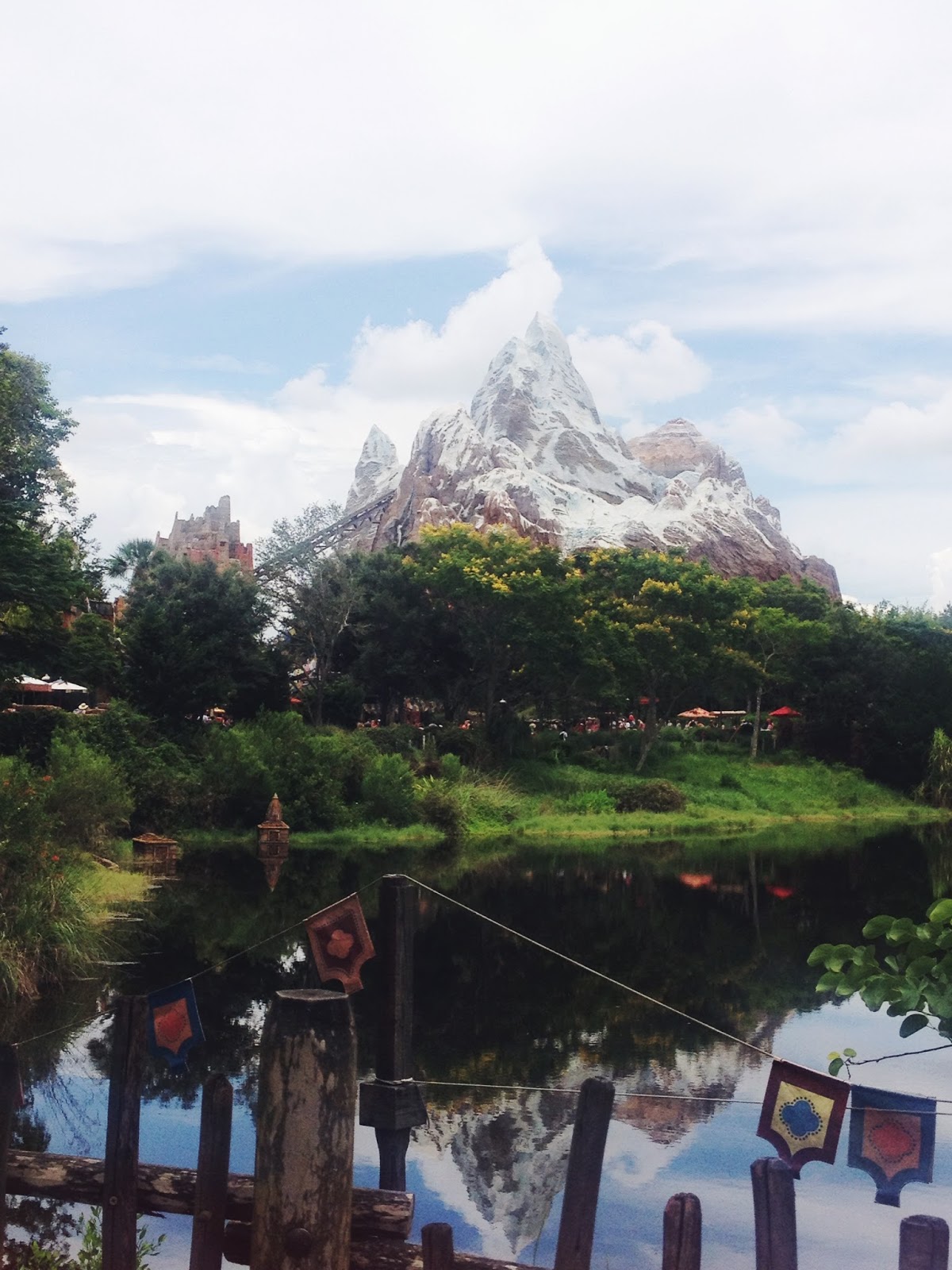 My favourite ride of the day was definitely Expedition Everest as I'd never experienced another ride like it before. I don't want to spoil it for you but it's basically a roller coaster that suddenly stops due to a broken track...there's only one way to go after that...and it's back the way you came!

We retired back to the hotel in the late afternoon and decided to freshen up then head down to Downtown Disney for dinner. I wore my Miss Selfridge dress and Primark hat (I'm still not sure of it..what do you think?) We had dinner at a lovely but overpriced Italian restaurant and then walked round the shops (btw the bear even smelled like strawberries like he does in Toy Story!) and witnessed the beautiful sunset. 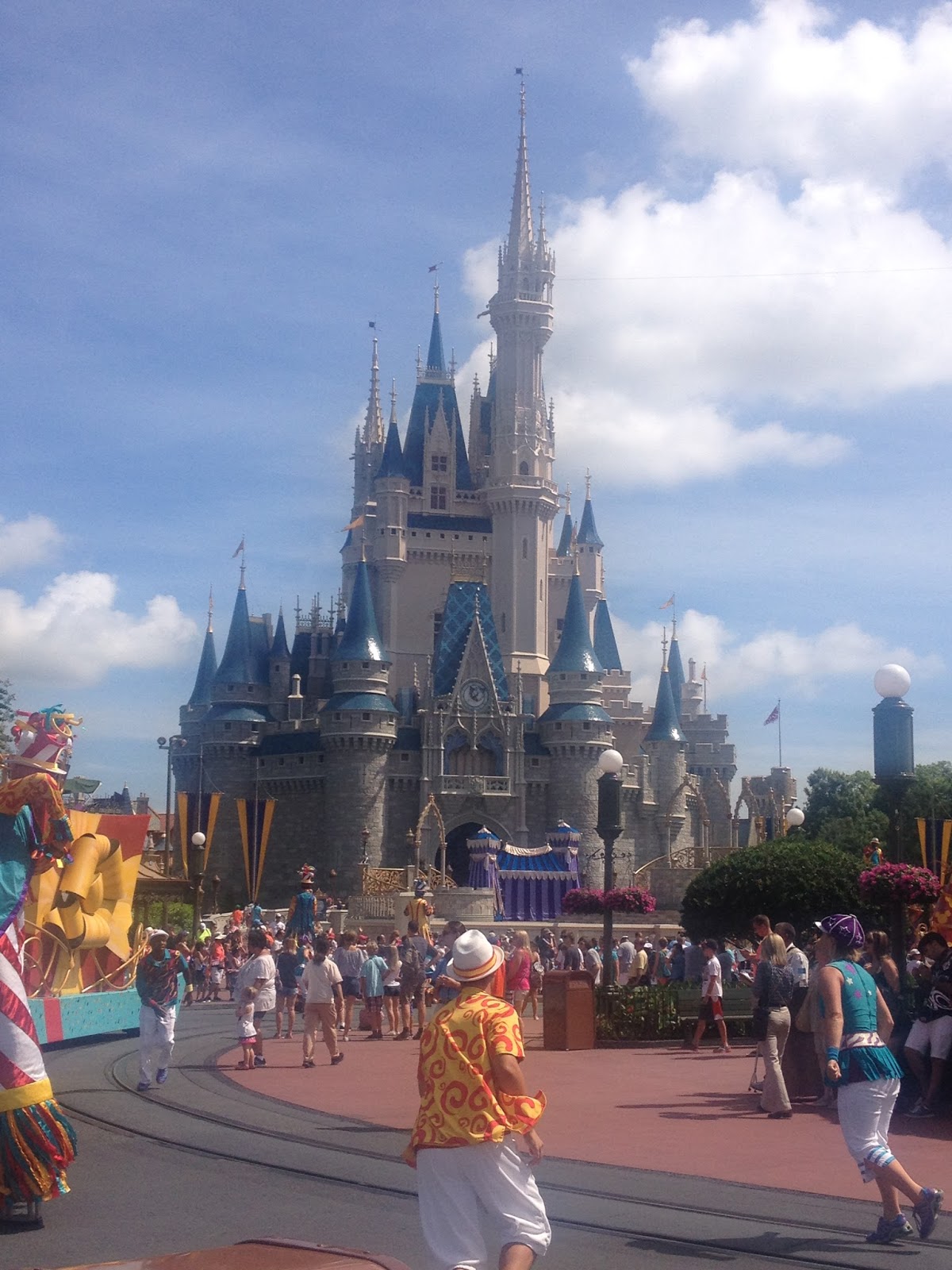 Day 3 was where the magic truly happened. As soon as we walked through the gates of Magic Kingdom a parade began down Main Street, USA leading to Cinderella's Castle. High School Musical was blasting and there were dozens of dancers and characters such as the Genie from Aladdin and Woody from Toy Story on top of the moving vehicles. I actually got goose bumps because it felt so magical!

We literally spent the whole day at Magic Kingdom (from around 9am to 9pm) so we were exhausted by the end of it. I just loved all of the buildings as you literally felt like you were in a fairytale! My sister and I bought our Mickey Mouse ears as we were jealous of everyone else who'd been wearing theres! That was the 1st day that the rain really got us as it rained all afternoon and into the evening so we bought our waterproof Disney ponchos which kind of saved our lives for the whole holiday really. Space Mountain was honestly one of the coolest rides I've been on in a long time (although it did make me feel very sick for a while) and I'm so glad we went on Splash Mountain in the dark because as we were going down the massive drop at the end, we got a lovely view of Cinderella's Castle all lit up. We left Magic Kingdom just before 10pm when the fireworks began but as we got the ferry back to the Magic Kingdom transportation centre we had a nice view of the fireworks without a massive crowd. 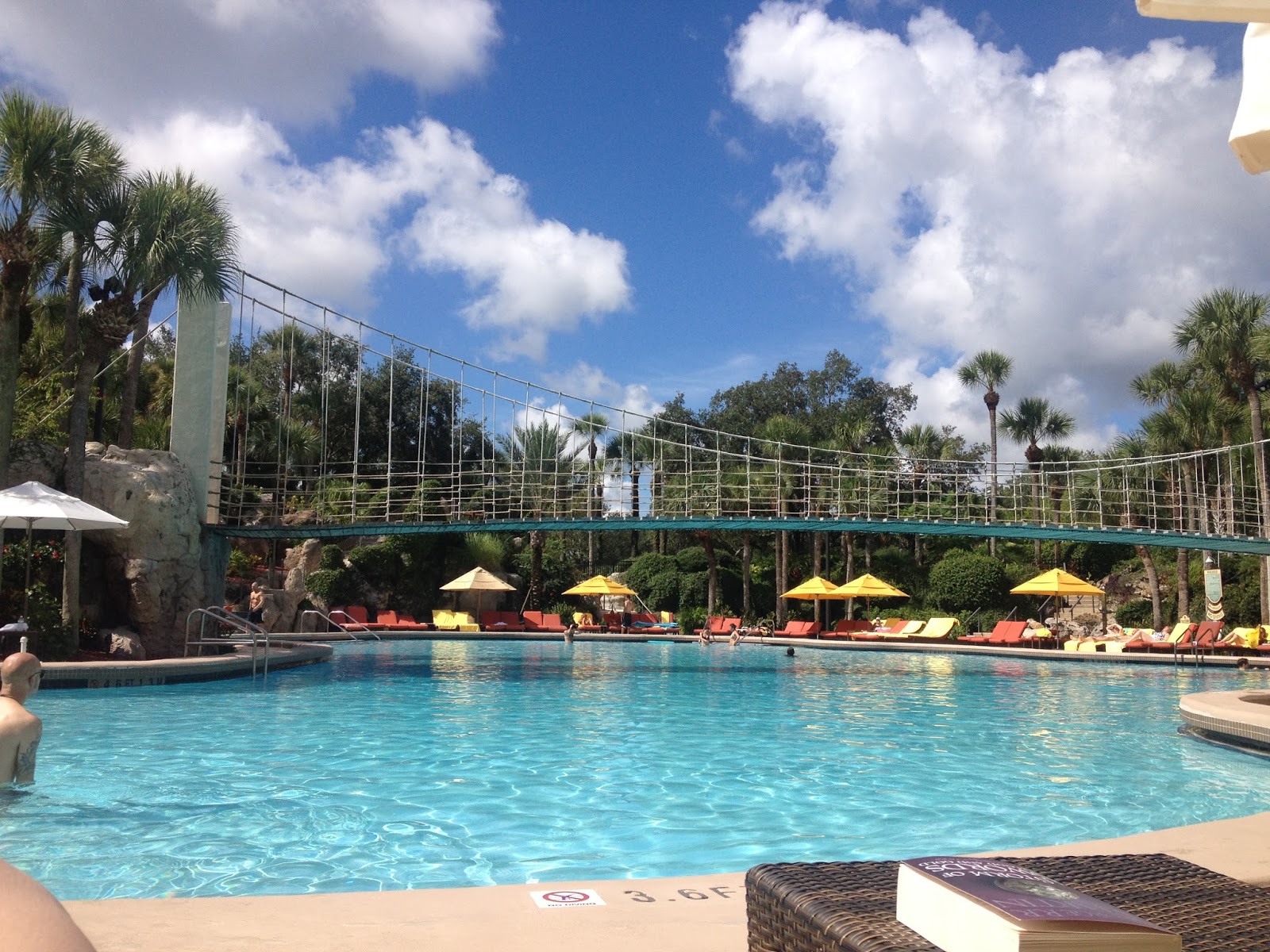 Day 4 began perfectly. We chilled by the pool for a bit preparing to have a lazy day and awaiting the arrival of mine and Olivia's best friend, Amy and her siblings (who were also on holiday in Orlando at the same time) to arrive so we could have a day of exploring the hotel and cycling round the trails etc. We did manage to get a nice swim in and have lunch beside the lake before the sky turned black and a huge storm hit that literally was on top of us all day and stopped as soon as Amy left (typical!) 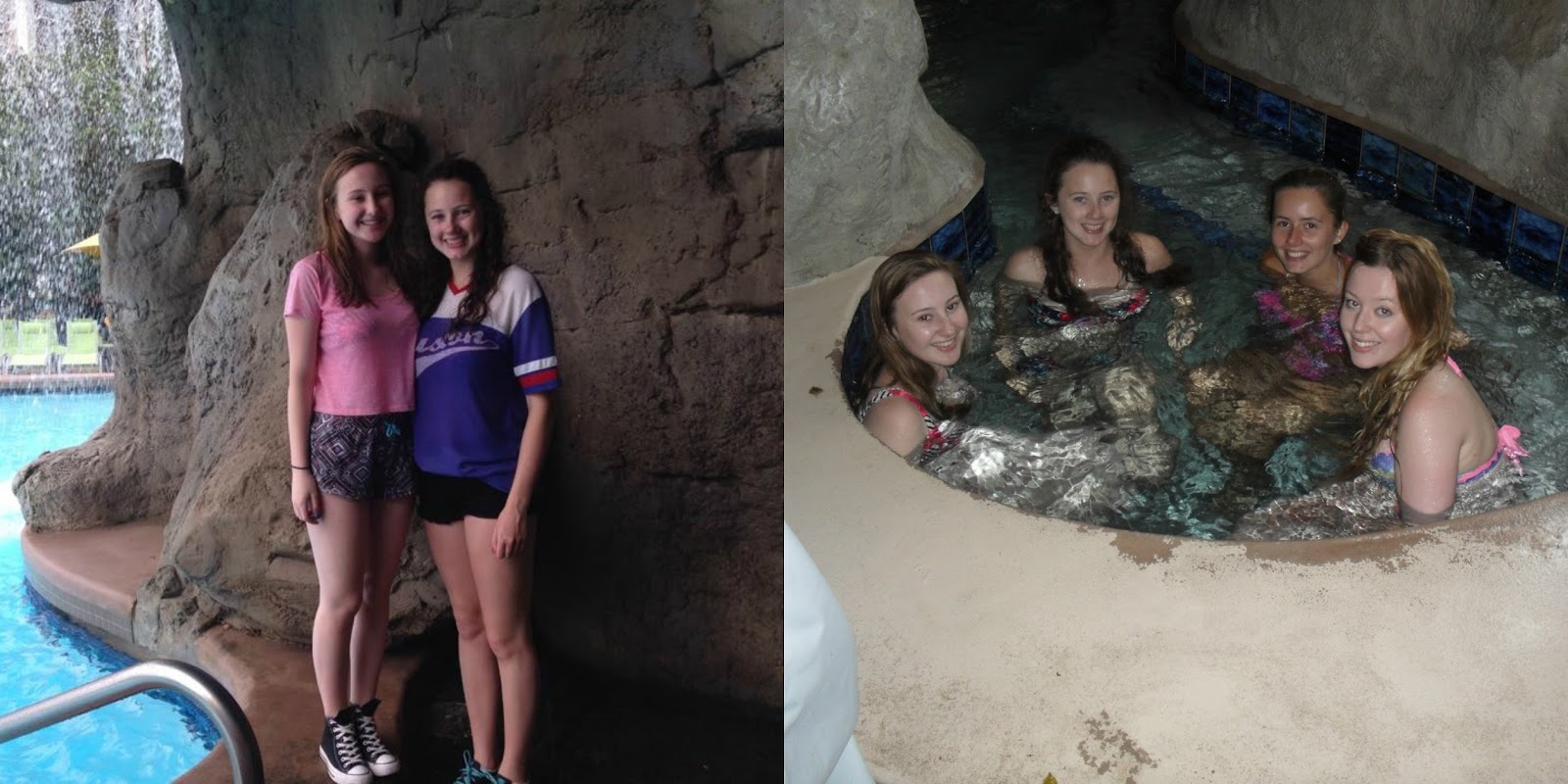 Due to the severe lightning we weren't allowed to swim in the pool so we hid out in the indoor cave area and sneakily hopped into the sheltered hot tub. 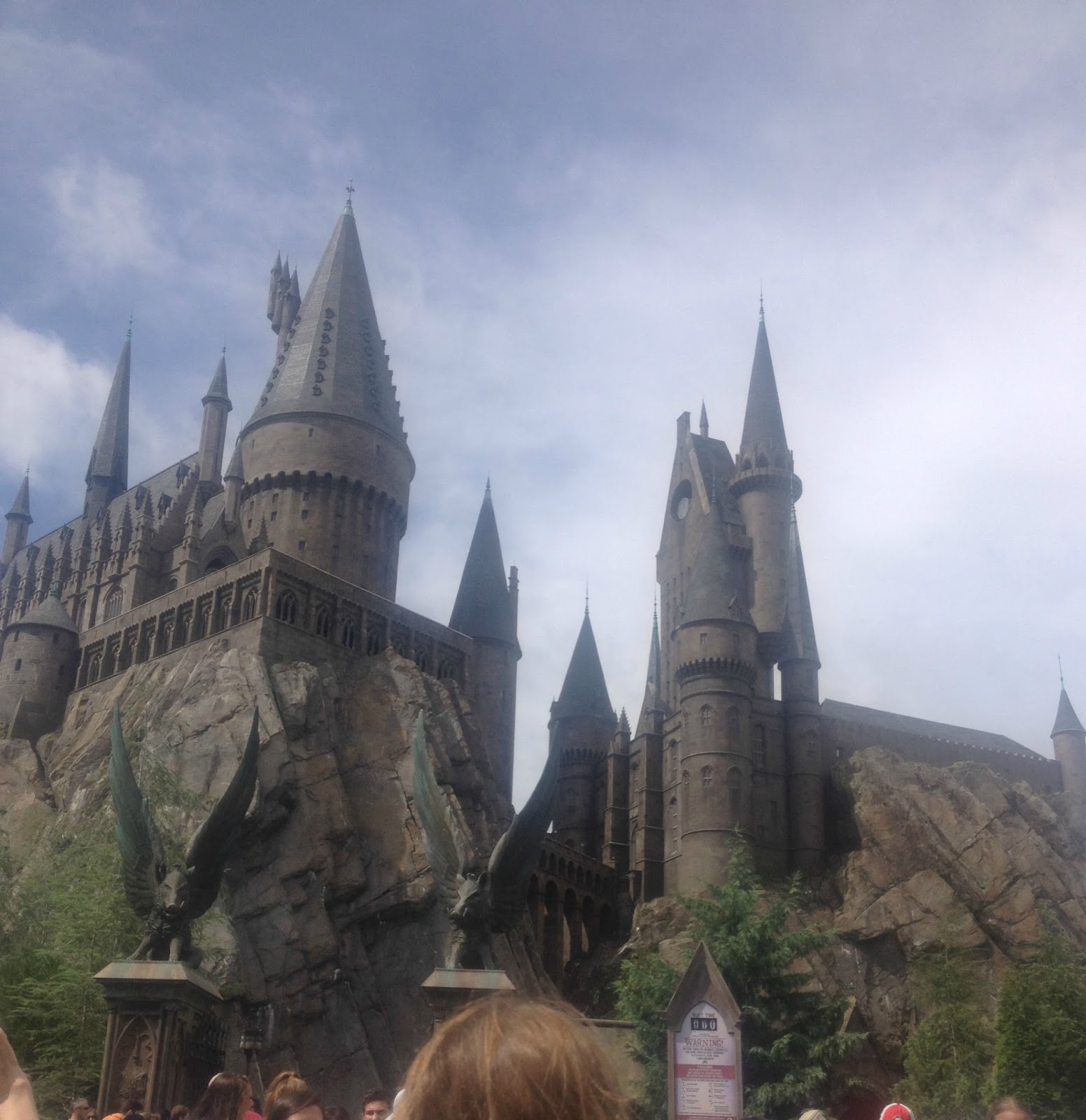 I was beyond excited for day 5 as we spent the day at Universal Islands Of Adventure and we spent most of it around Hogsmeade and Hogwarts! My favourite ride of the whole entire trip was by far Harry Potter & The Forbidden Journey which is a ride located inside the Hogwarts castle where Harry, Ron and Hermione help you escape one of Professor Binns' boring History of Magic lessons. There is literally so many surprises on this adventure and you genuinely feel like you are flying. For any Harry Potter fan, this ride will be your all time favourite. Even the queue was absoloutely brilliant as once you get inside after the Greenhouses, you walk through Dumbledore's office, the Gryffindor Common room and a class room. Watch out for Dawn French and the moving pictures!!

The Wizarding World Of Harry Potter was honestly amazing and a dream come true for me to visit. Honeydukes was great and so mouth watering...I even bought a Chocolate Frog which was delicious and my card was Albus Dumbledore! I bought some Butterbeer from a stall in Hogsmeade and it was ever so sickly and sweet (imagine sweets, icecream and even more sugar) but at the same time I loved it! 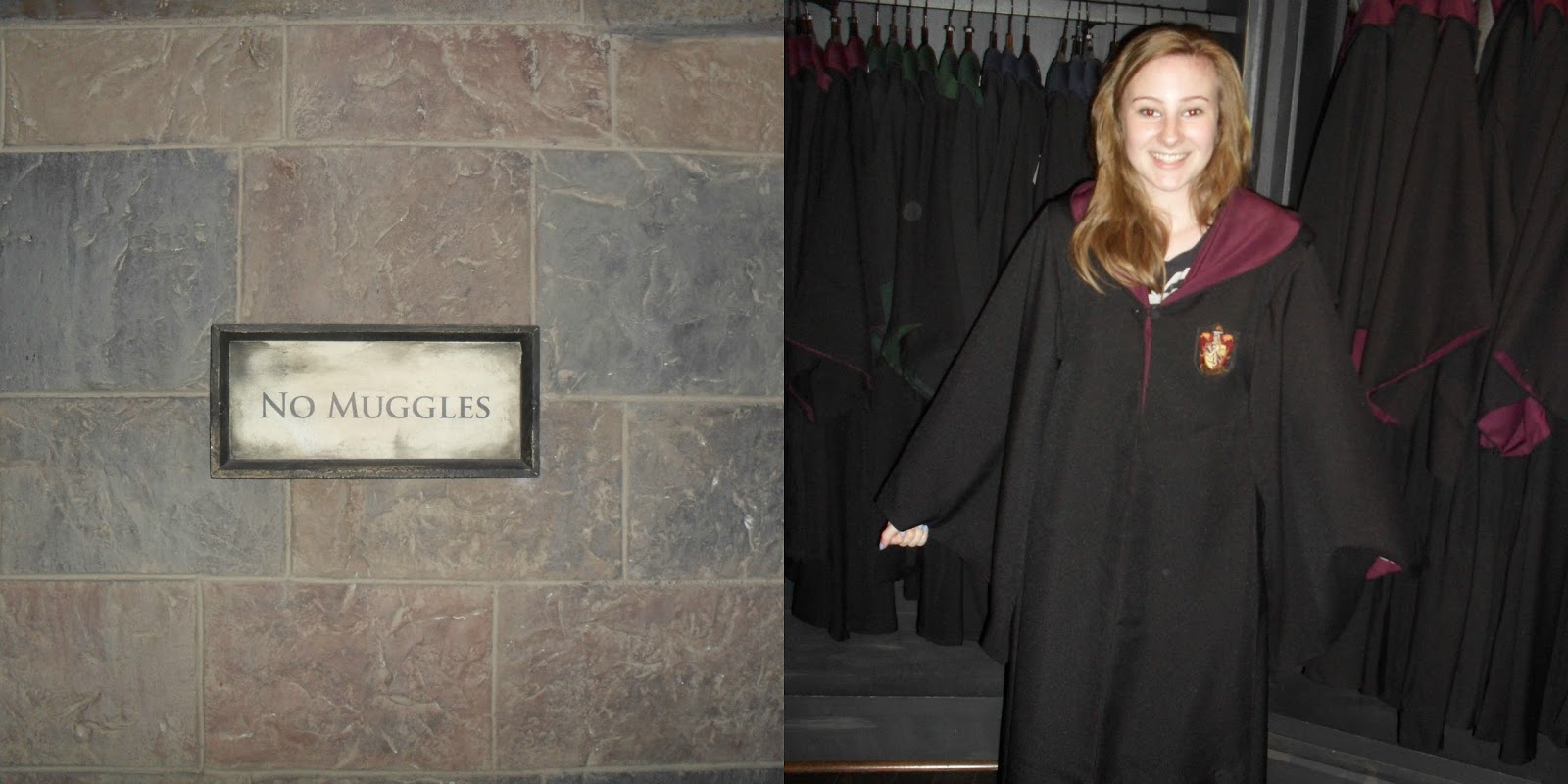 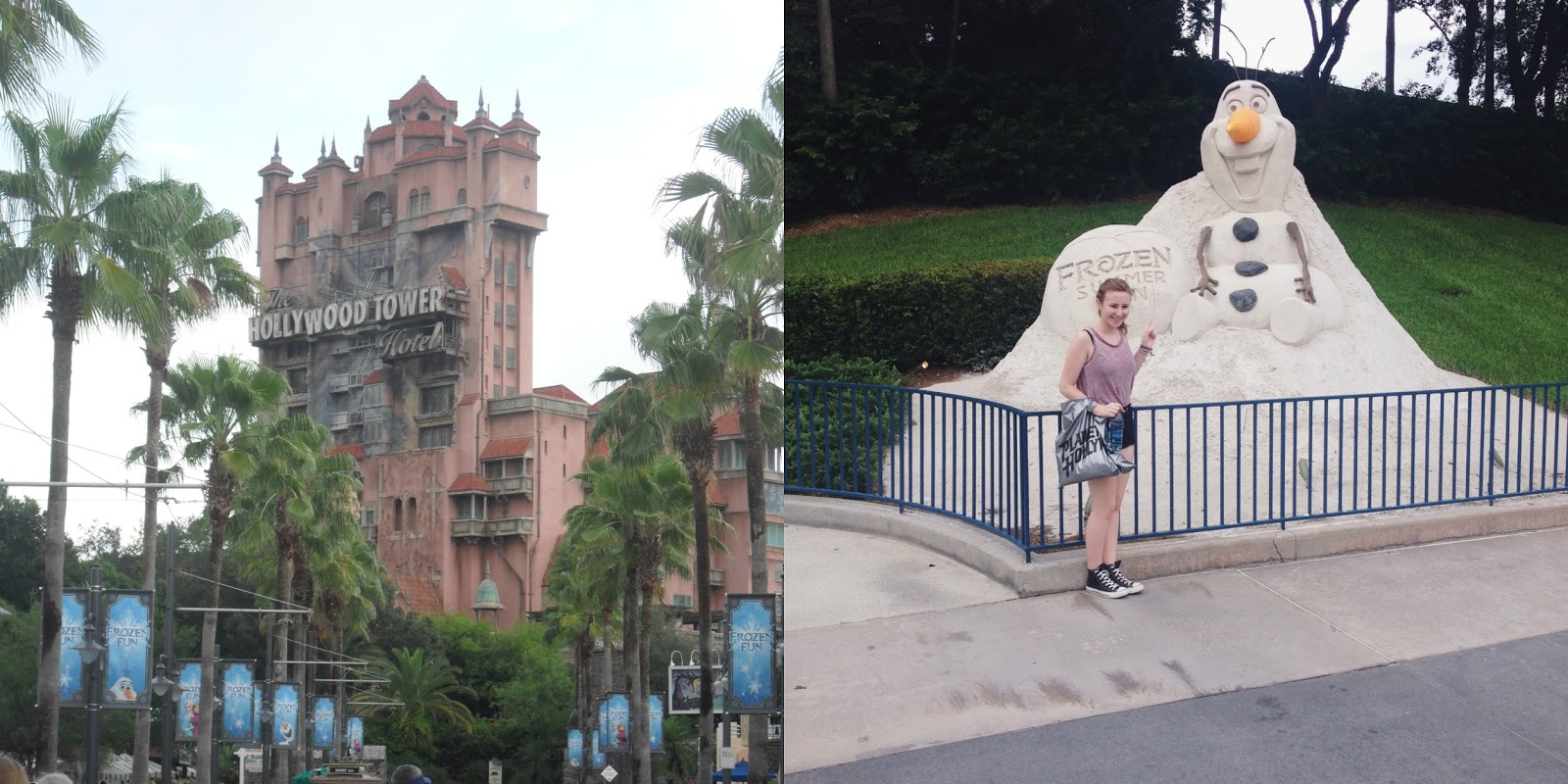 We went to Disney's Hollywood Studios and that was pretty cool because they were having a Frozen Summer and had a huge screen set up where Olaf would have interviews. It even began to snow! The Hollywood Tower of Terror was absoloutely amazing. I was beyond nervous waiting in line but once we began dropping over and over I couldn't stop laughing/screaming. It's strange because I read somewhere that you're supposed to drop 13 floors, but it never felt like that at all! 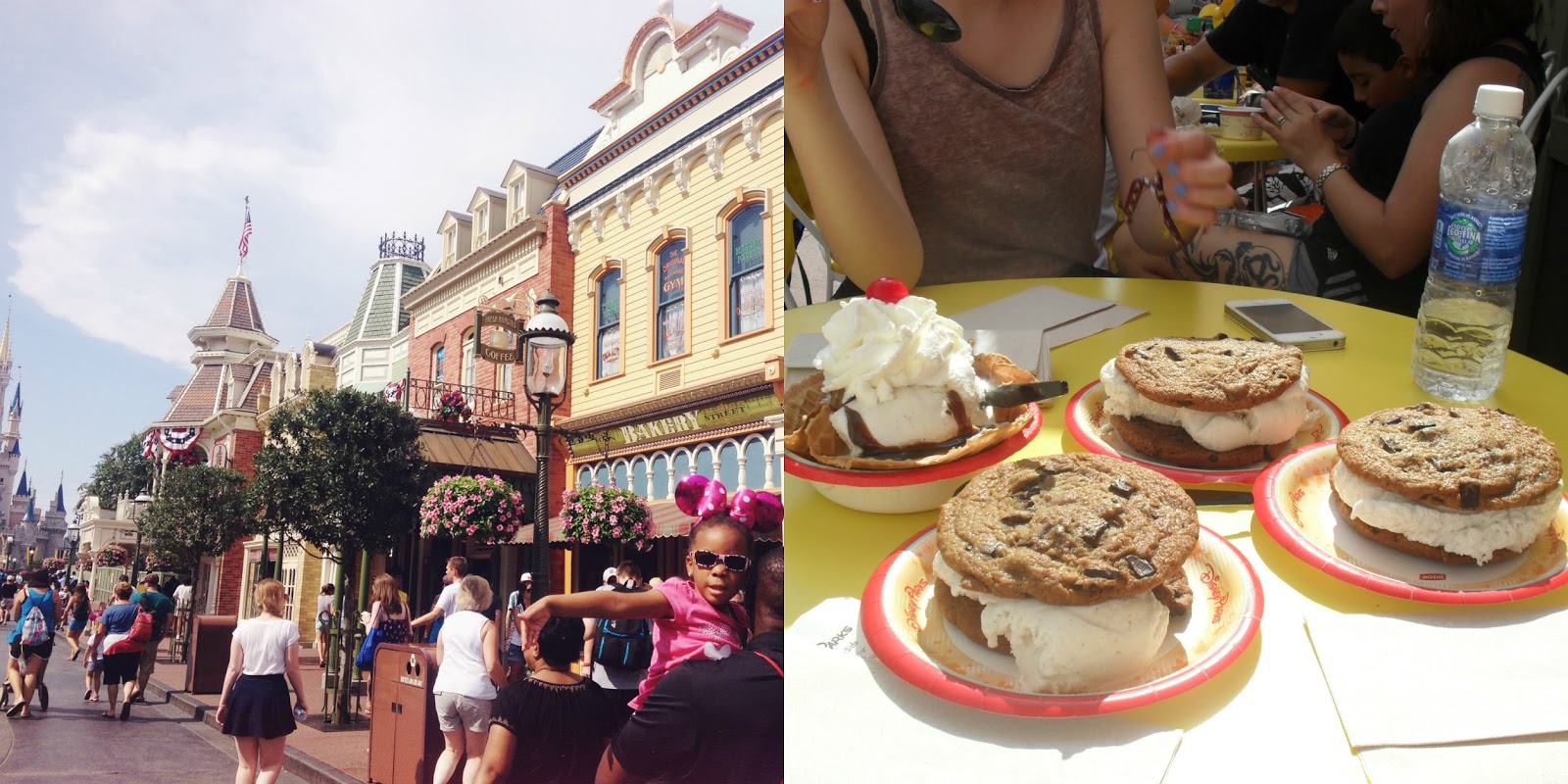 We finished our day at Hollywood Studios early so we decided to head back over to Magic Kingdom to get some ice cream and browse around the shops in Main Street, USA. I had a vanilla ice cream cookie sandwich which was heavenly but very sickly! 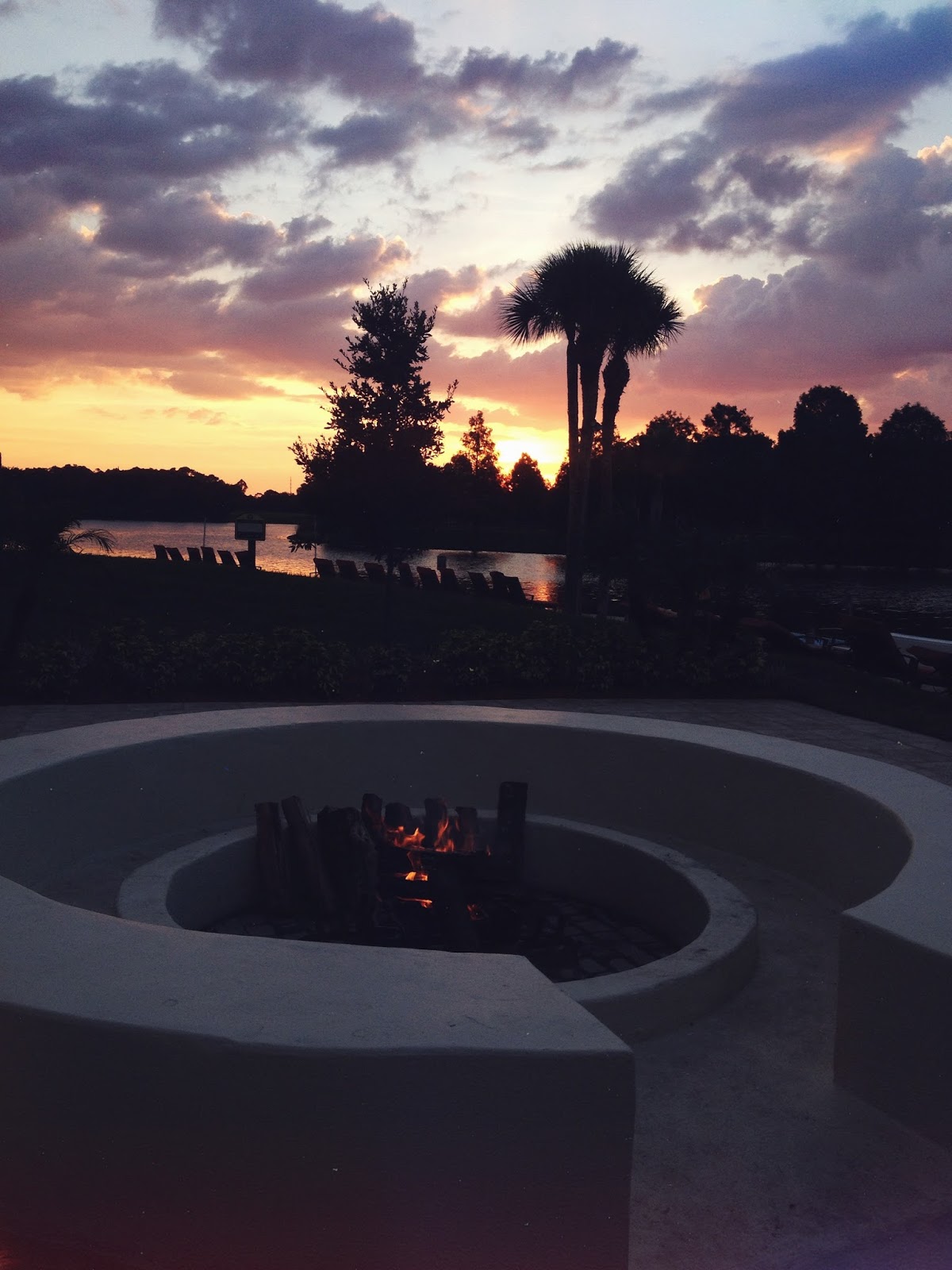 It was a lovely evening back at the hotel. We decided to have some drinks on the beach beside the lake and watch the sun set.


Day 7
The week was very busy and exhausting so we treated ourselves to a lie in and then went shopping at the nearby outlet centre. I bought two pairs of printed shorts from Forever 21 which I absoloutely love.

In the evening we returned to Epcot for dinner (we had it in the Moroccan restaurant and ngl it wasn't that great) and to watch the fireworks.

So that's everything that I got up to in my first week in Orlando. I hope you've enjoyed seeing my adventures and stay tuned for part 2 which should be posted shortly. Have a great day! 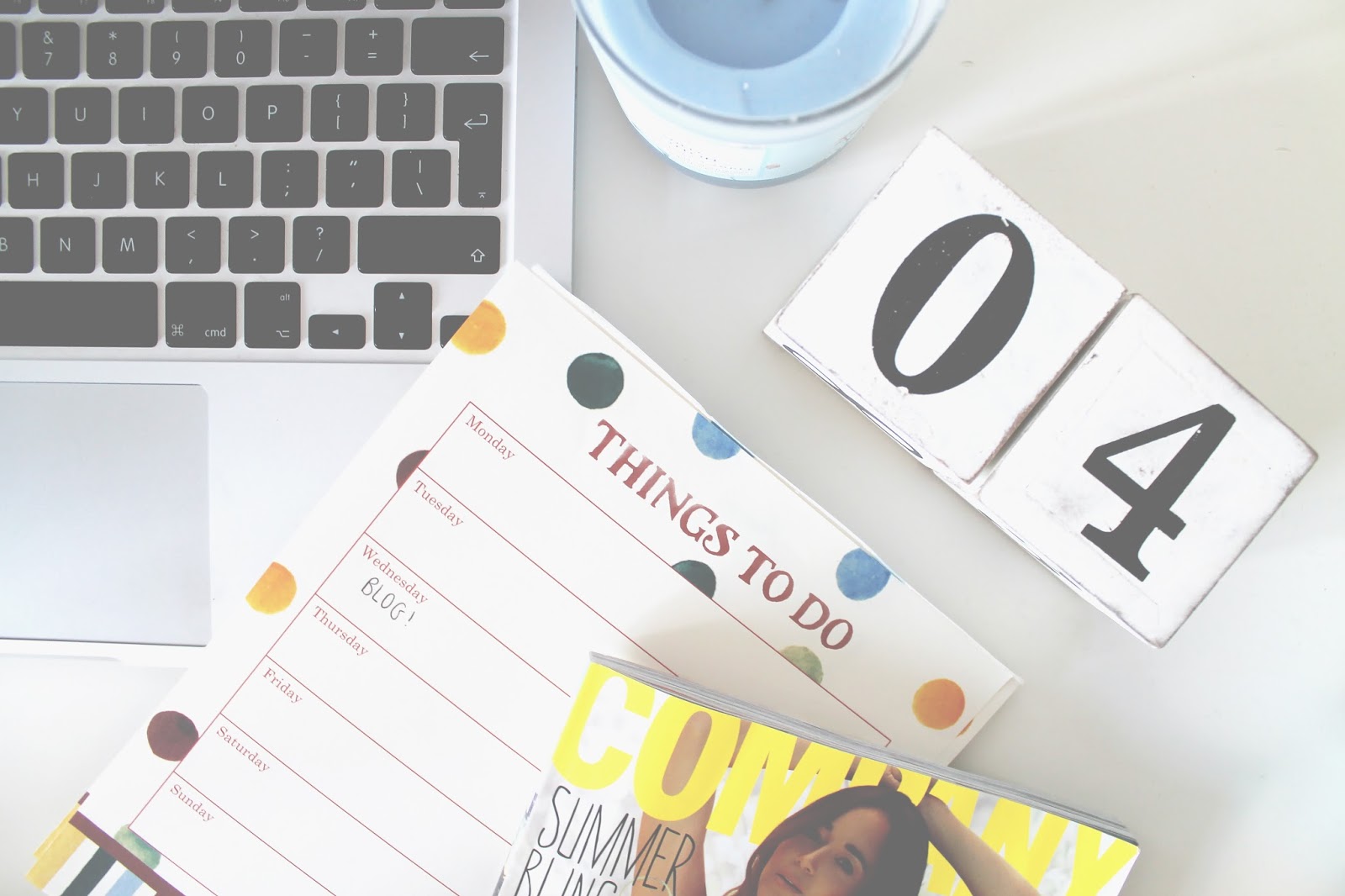 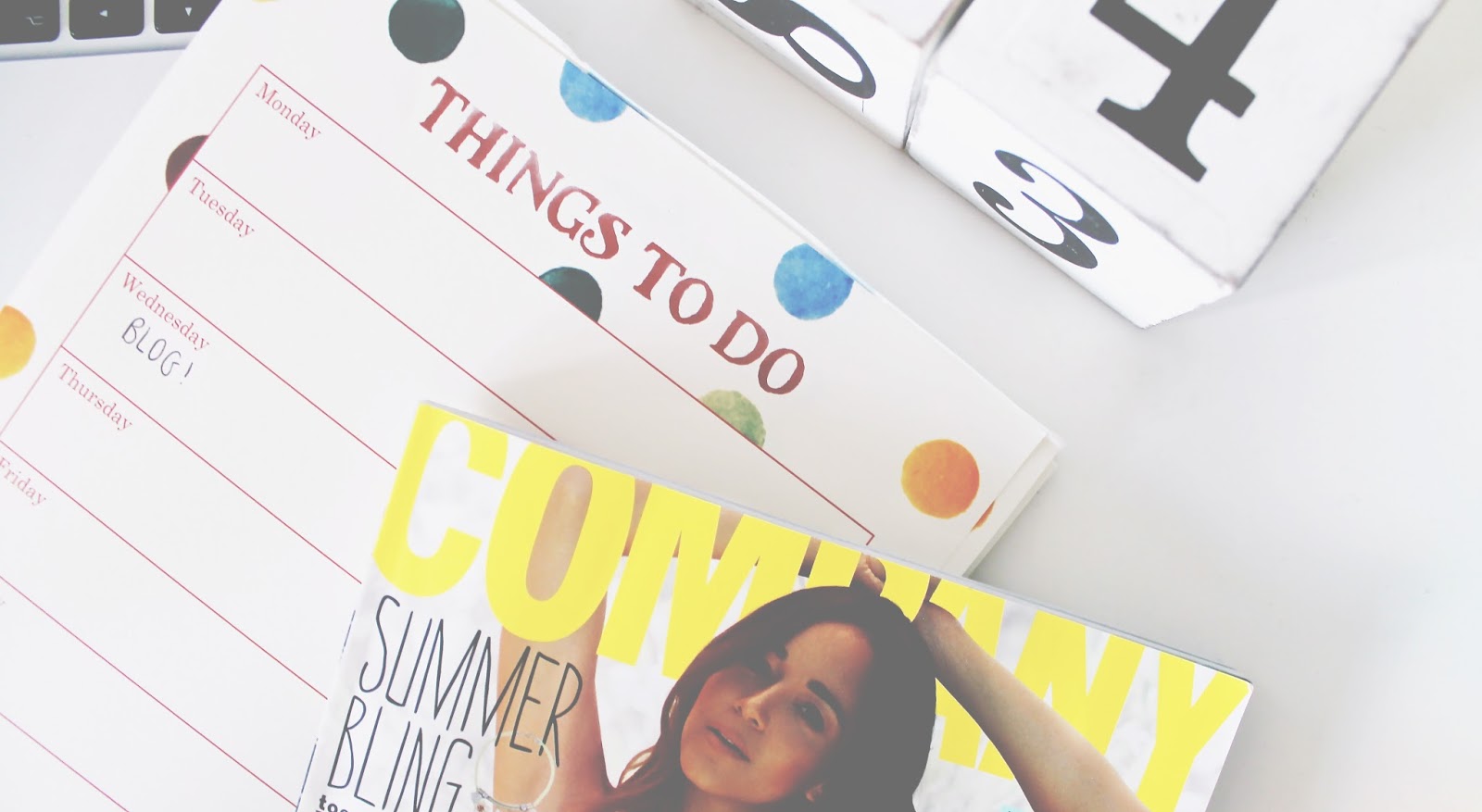 Hey everyone, long time no see! We hope you are all well.

We've both been extremely busy at college doing our AS level exams. We have now completed our first year at college. It hasn't been the easiest year, as it was a massive leap from GCSE standard, however we have survived, haha! This now means we can focus on being productive in ways apart from revision and college work, from now until the end of summer, when A2 courses begin.

This is just a quick post to let you know that we should be posting content on here a lot more frequently and we have a couple of exciting posts lined up to share with you so stay tuned.

Debenhams have launched an exciting competition which involves creating a mood board (using clothes from their store) for two winter outfits. One has to be a stylish daytime outfit to keep you warm and cosy and the other outfit is a winter party look. Each outfit had to be below £250. If you win, you receive £500 of Debenhams vouchers and the two runners up will win a £50 voucher each. 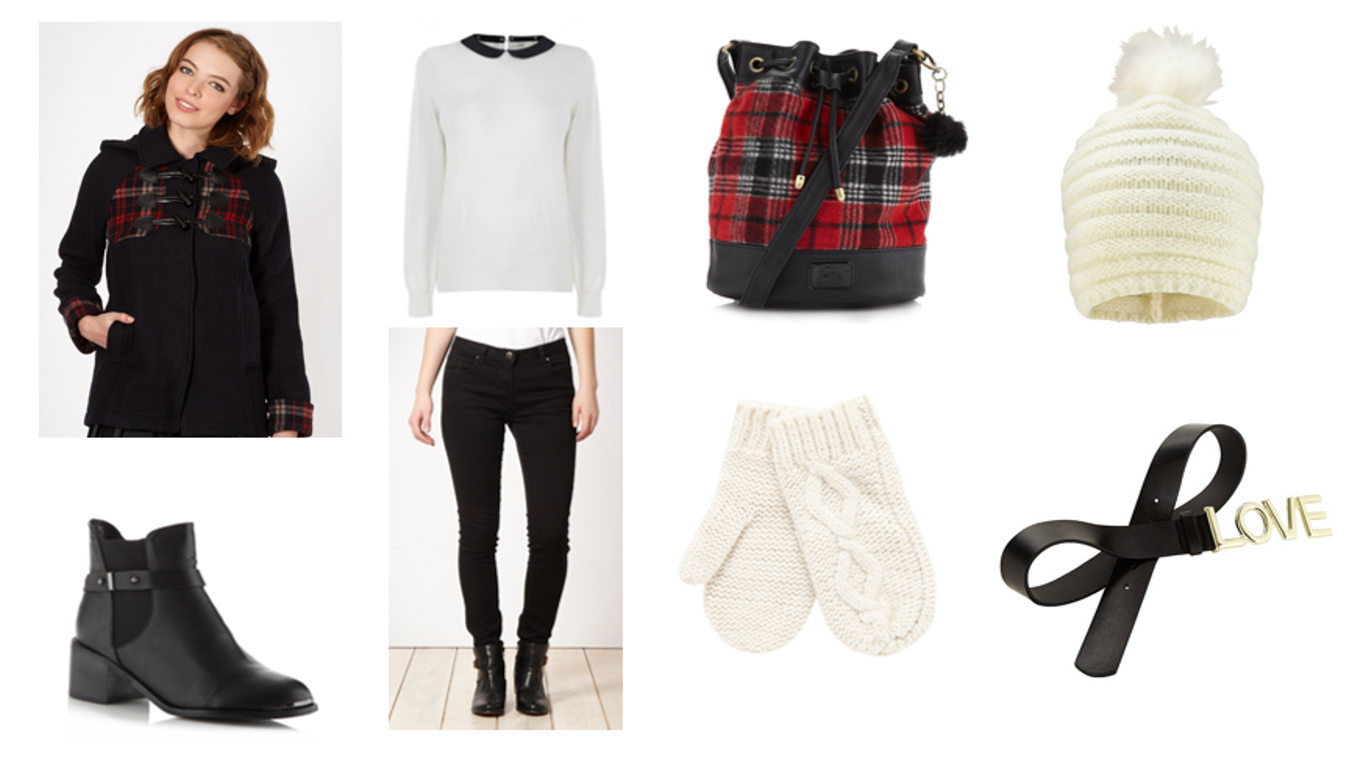 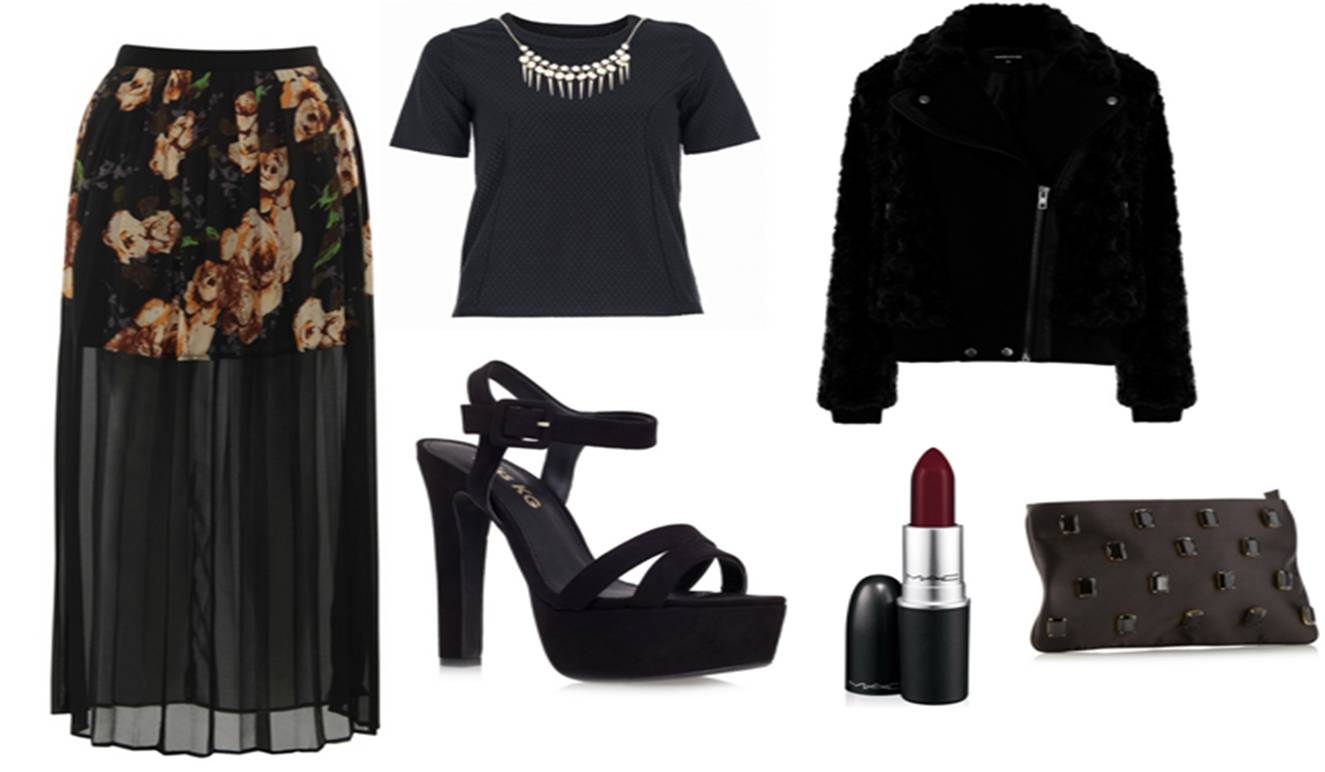 Skirt - £28 || Top - £14.99 || Shoes - £75 || Jacket - £50 || Lipstick - £15 || Clutch - £16
TOTAL = £198.99
I'm not exactly a party person and I don't really feel comfortable in wearing tight dresses or glittery tops. So I decided on making this outfit a little more on the casual side which would be perfect for a meal out or cocktails with the girls. This skirt is absolutely beautiful! I love how it's still a short, pretty skirt but the sheerness of it makes it completely original, ensuring you'd stand out from the crowd. I thought it would look awesome paired with some black heels, a dark lip and a jewelled clutch. I really like this textured top and the necklace just adds to its chicness. Evenings can be very chilly so I decided on incorporating this snug jacket into my look.

I realise there's a lot of black in these two looks, but dark colours are perfectly acceptable to wear in the colder months (or at least that's what I think!) Good luck to everyone else who's entered! You can read more about the competition here although its closing tomorrow! 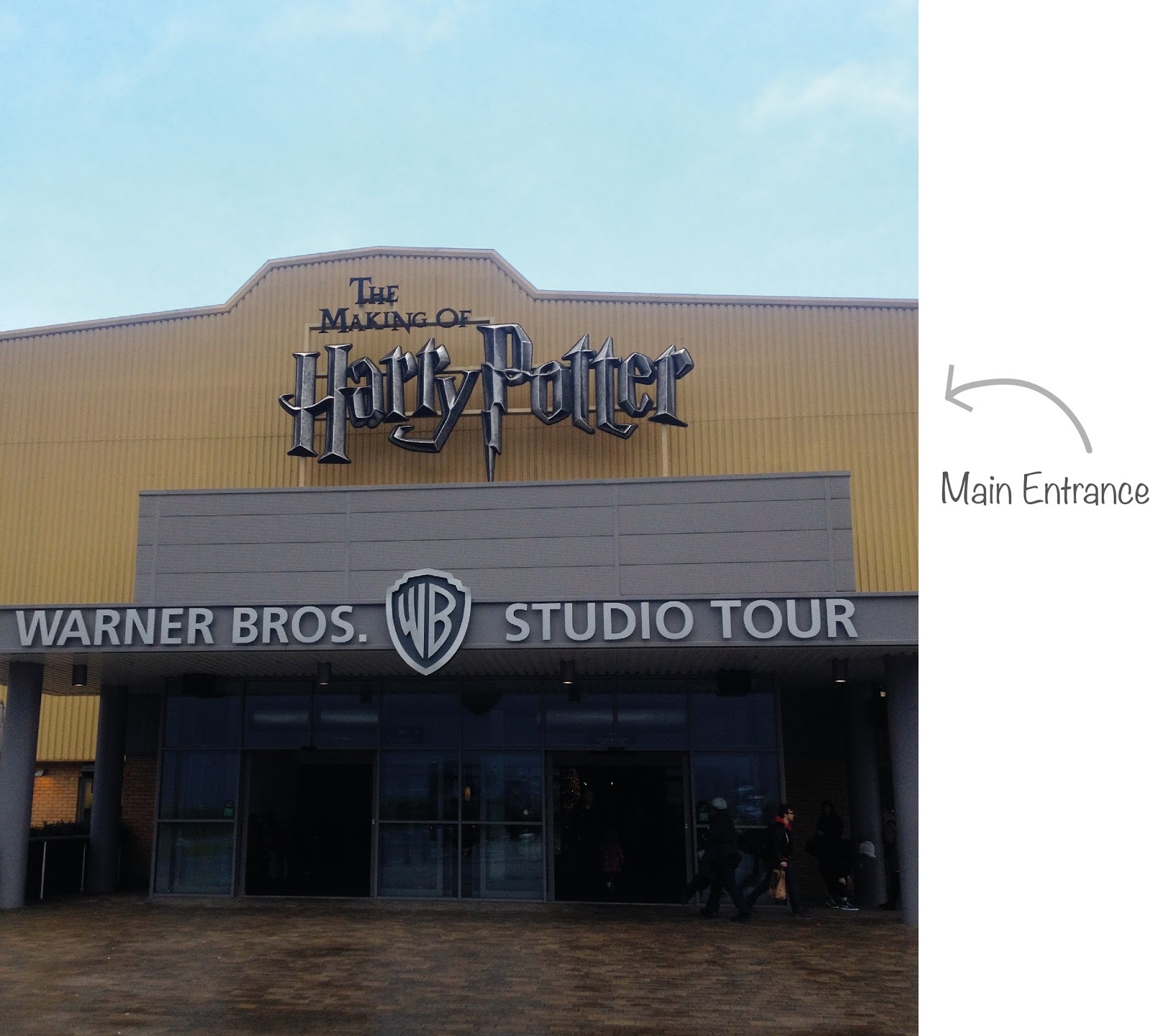 On the 3rd of January I visited the Harry Potter Studios in London. Being a big Harry Potter fan myself, I can honestly say it was insane and so overwhelming that I was seeing the actual sets and props. I don't want to explain everything that went on, and show you all the details, just because there are a few surprises along the way which are not worth spoiling. (If you are intending to go, which i think you should  DEFINITELY should;-) ) Here are some images I took during the tour. Considering not all of you will be massive Harry Potter fans I thought i would label some of the photos just to make it a little clearer. (But i expect most already know, haha :-) )  Enjoy. 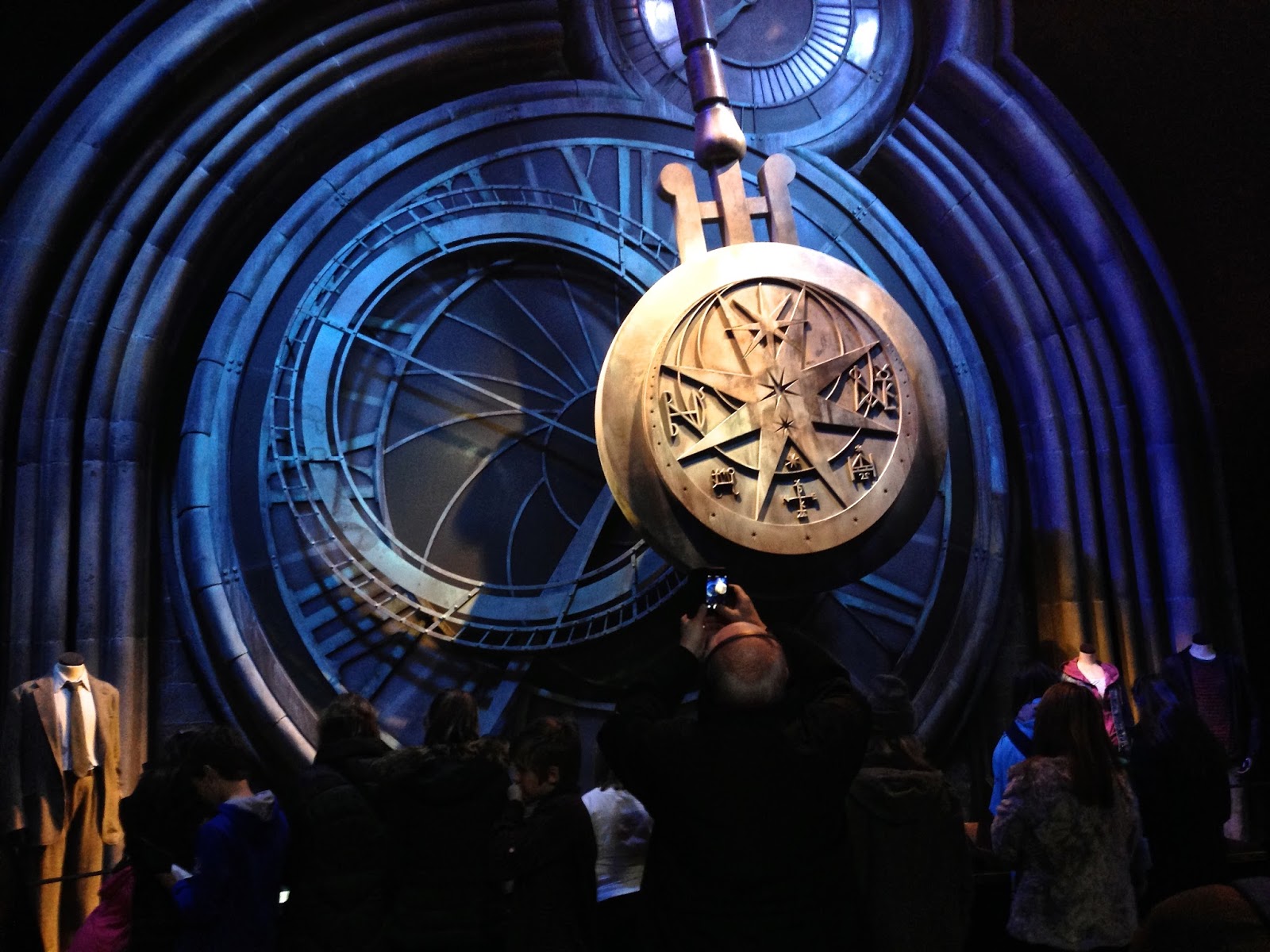 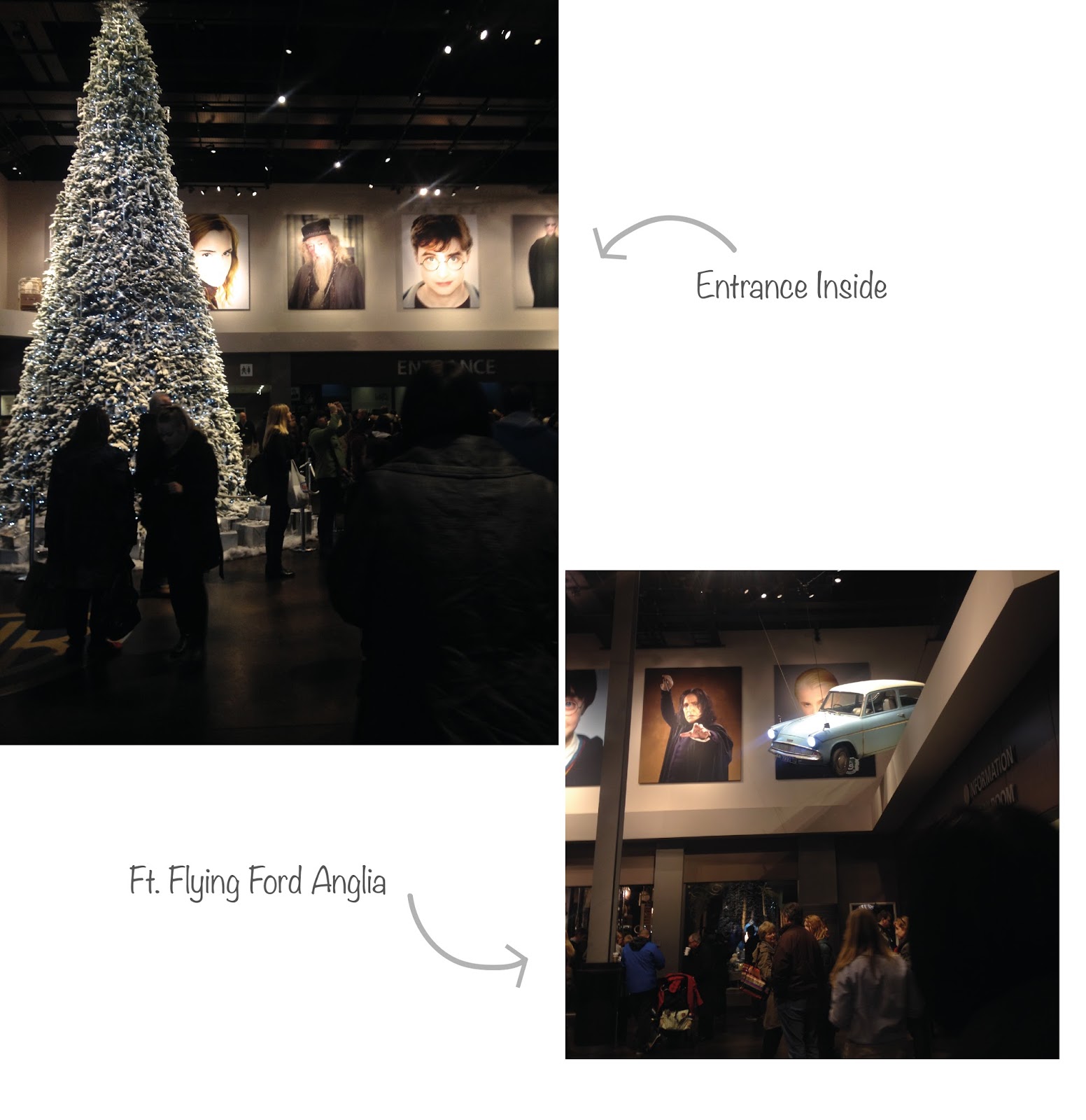 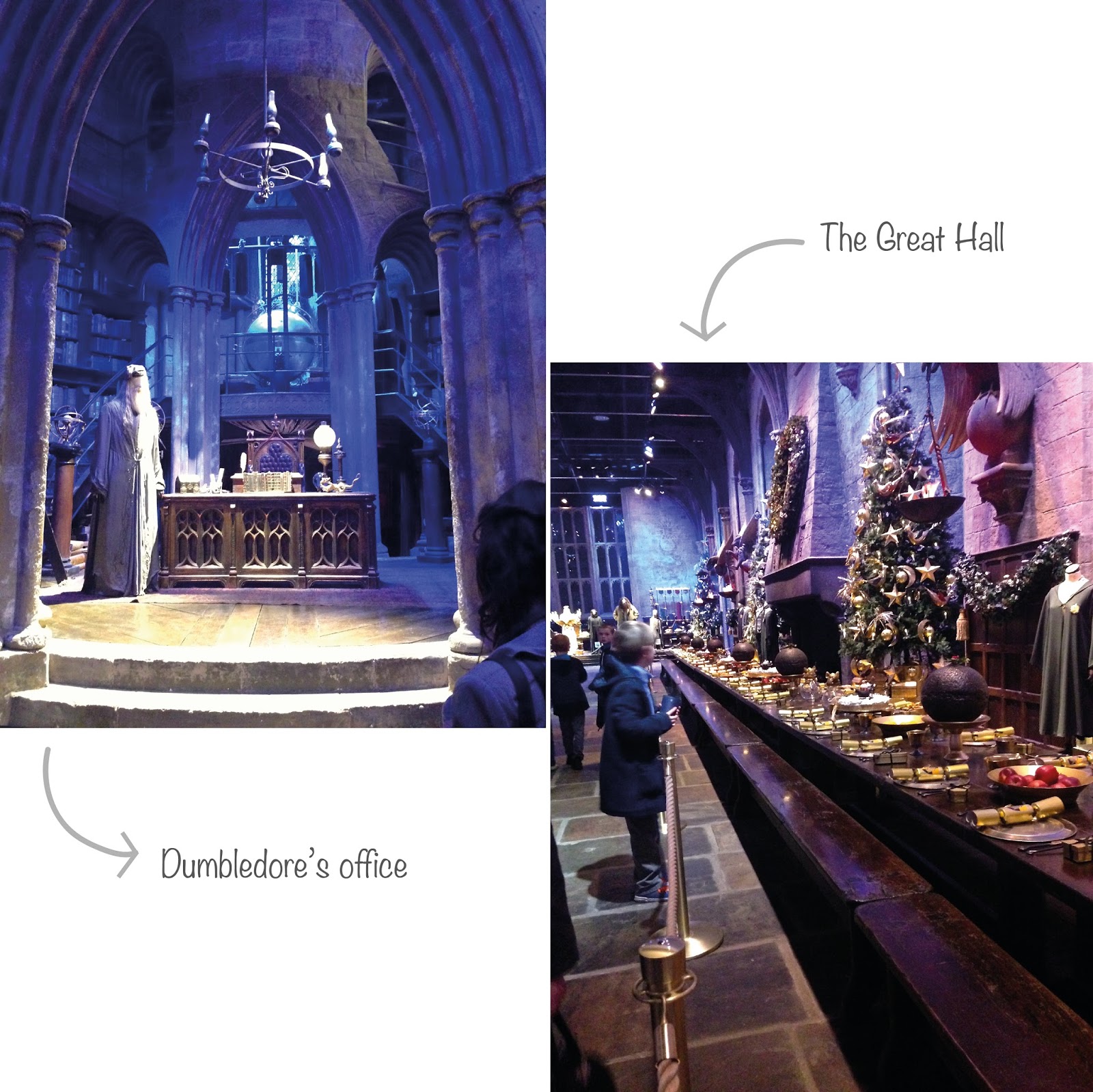 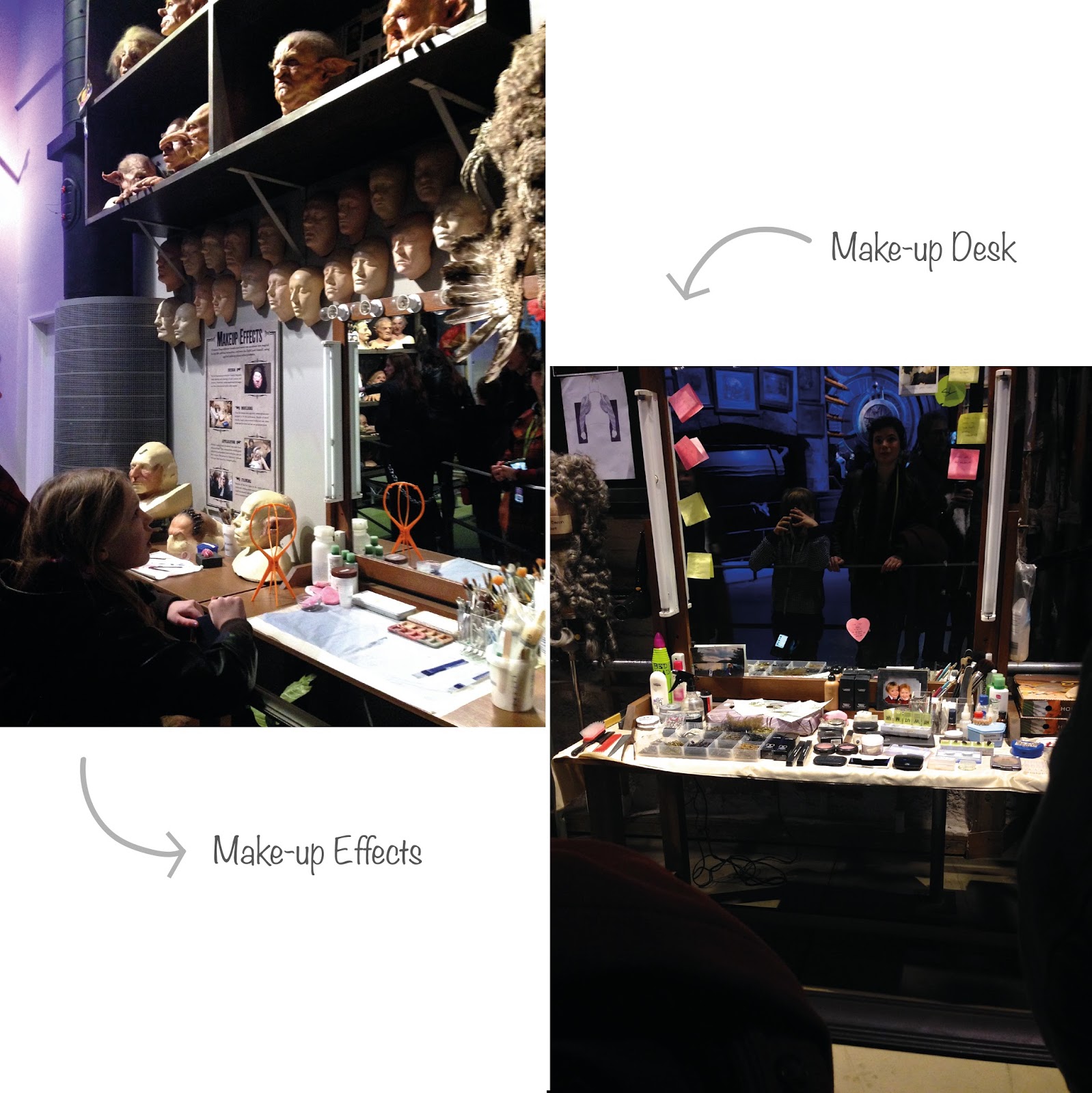 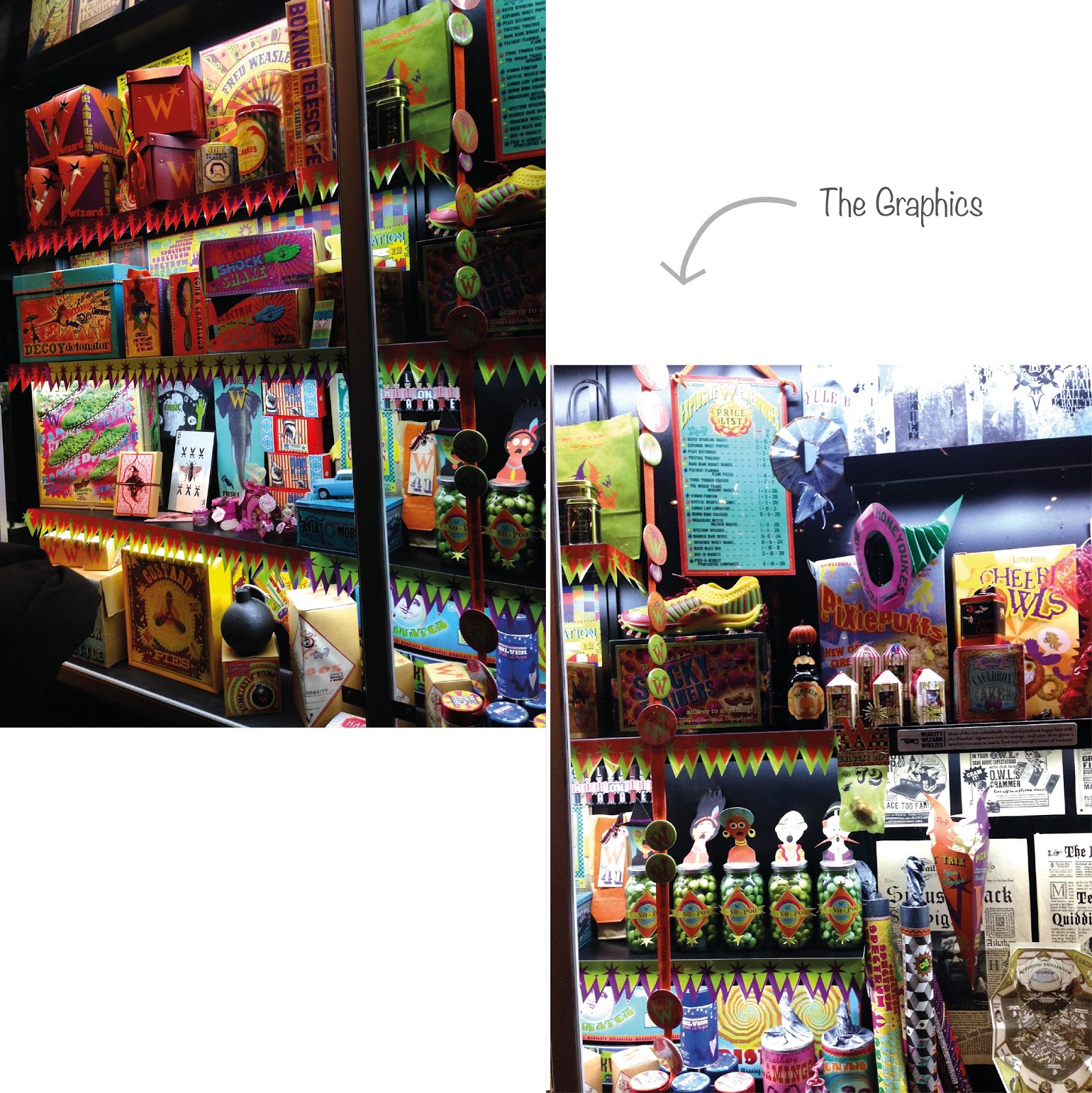 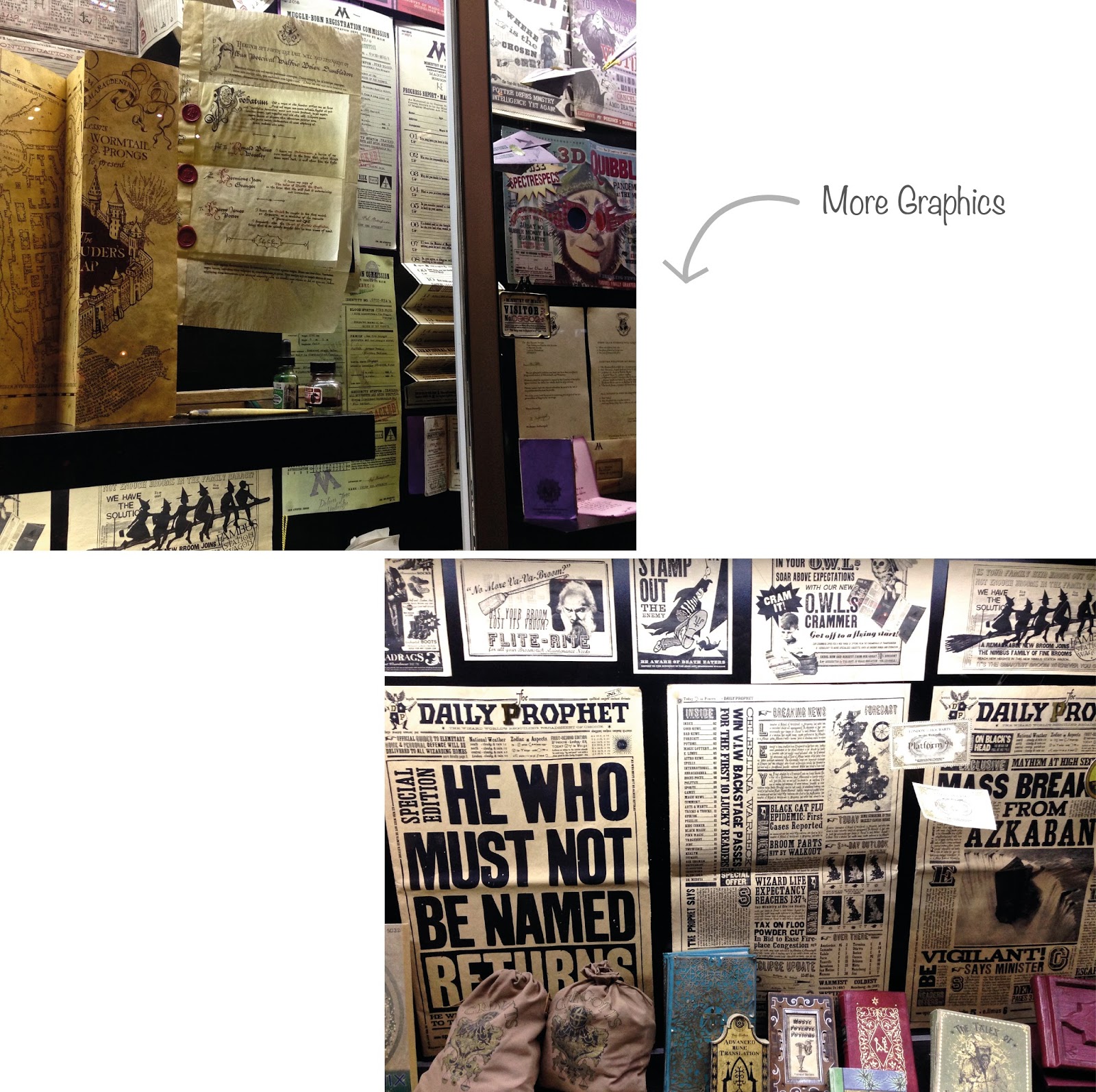 As i'm studying graphic design A Level this was one of the most exciting parts to the tour. To see all the design work that had gone into Harry Potter was so so interesting and really inspiring. 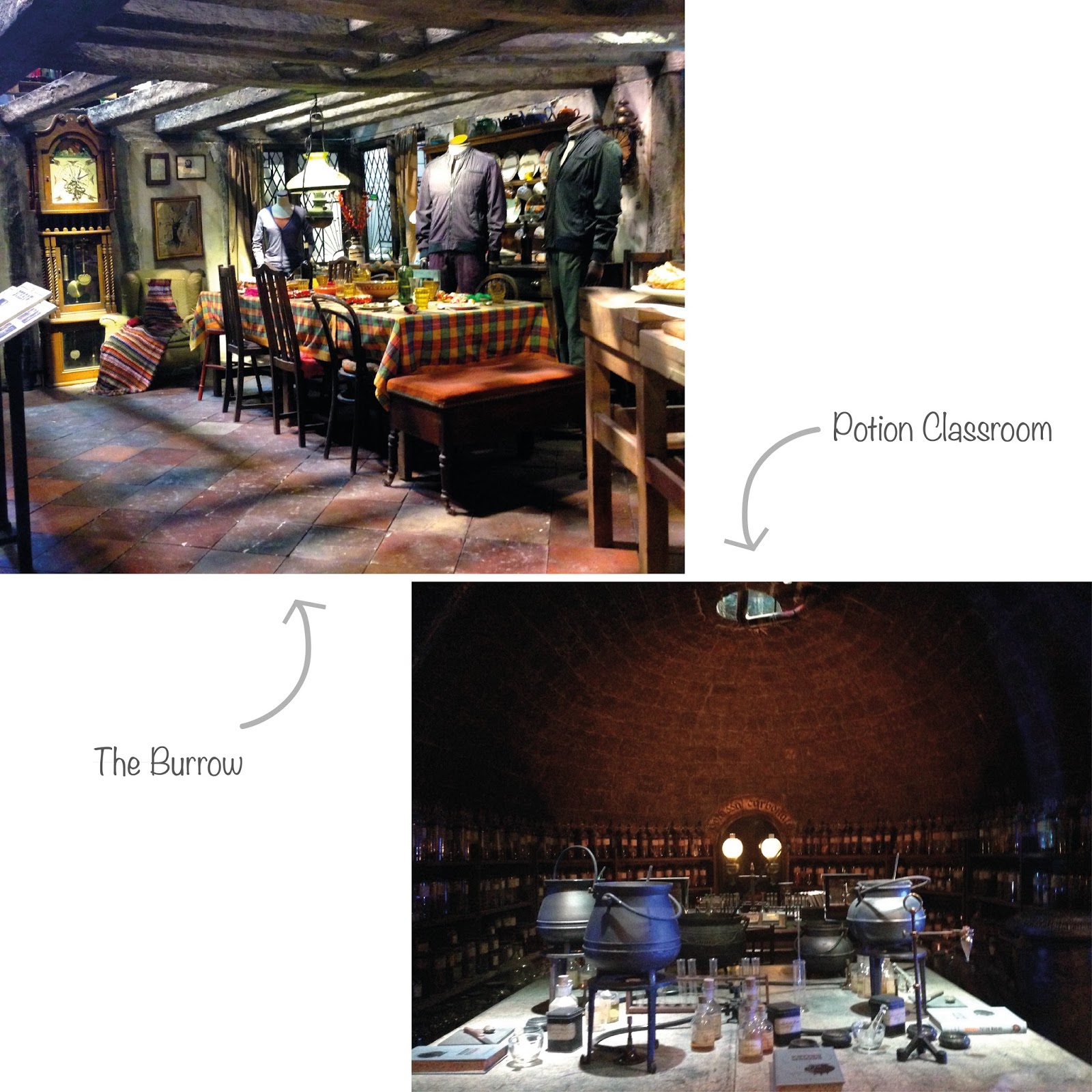 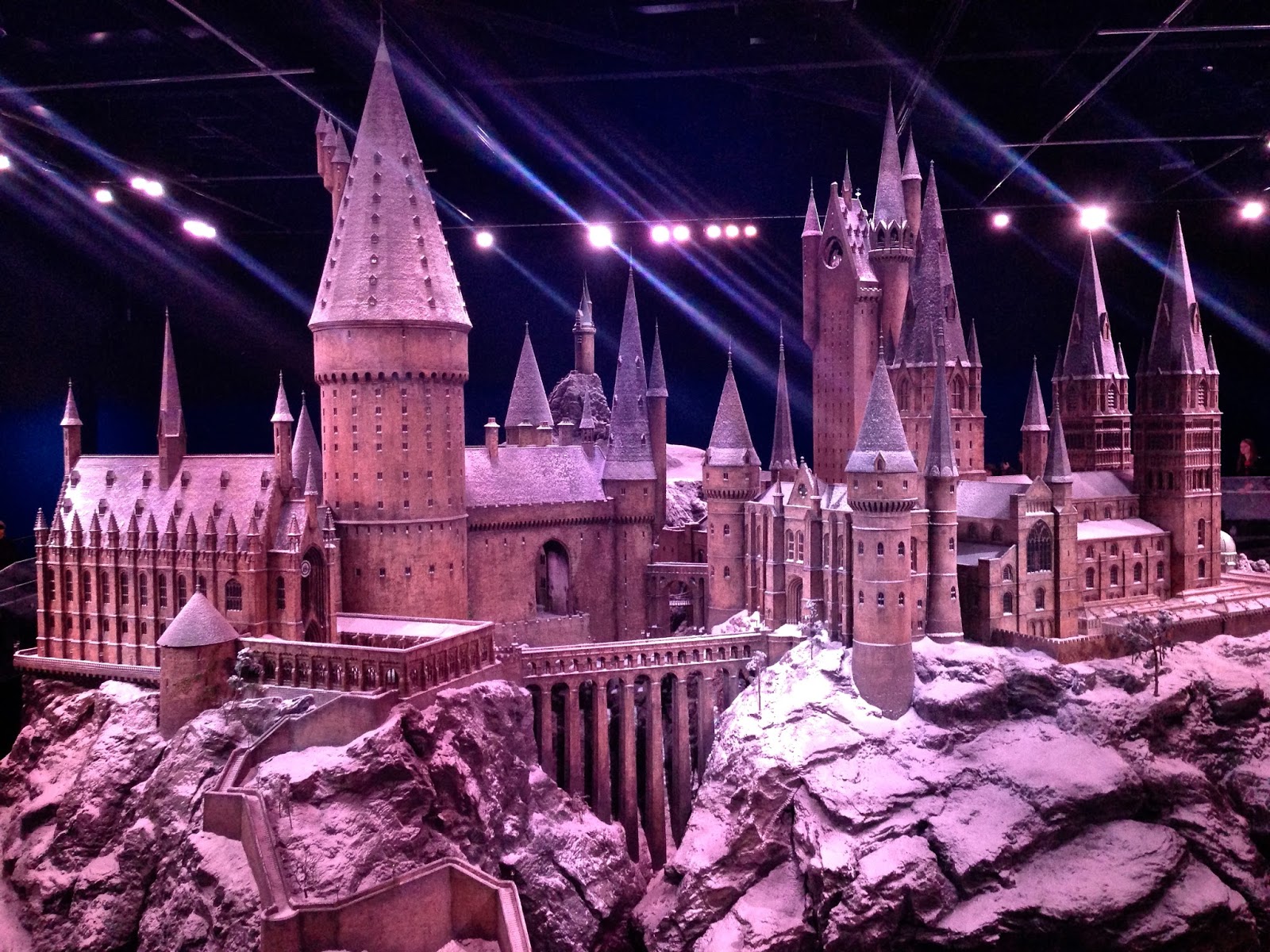 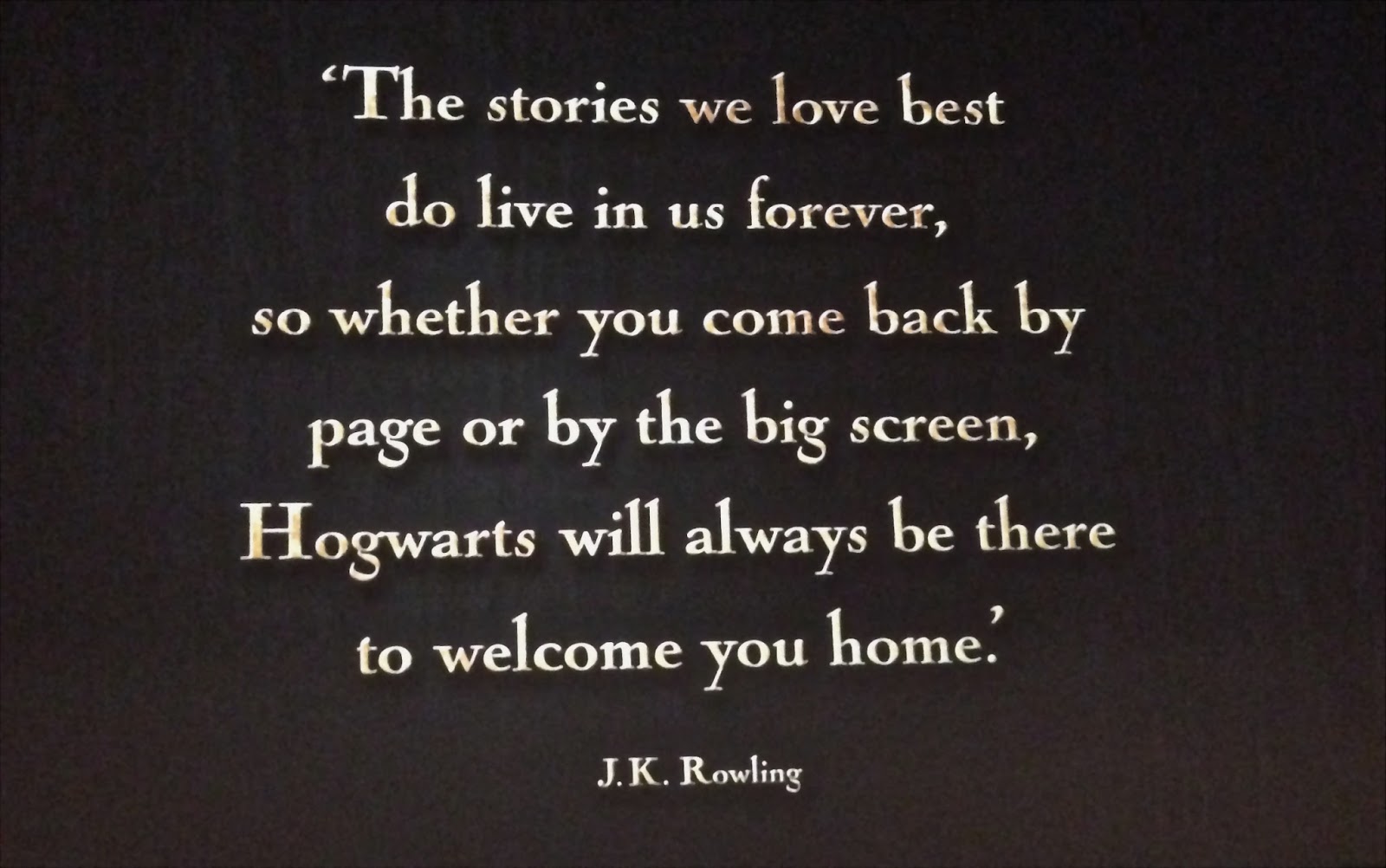 I hope you enjoyed this post, we are hoping to be updating more often in the upcoming weeks and months. :-)
Have you been to Harry Potter World?

♡Have a nosy around